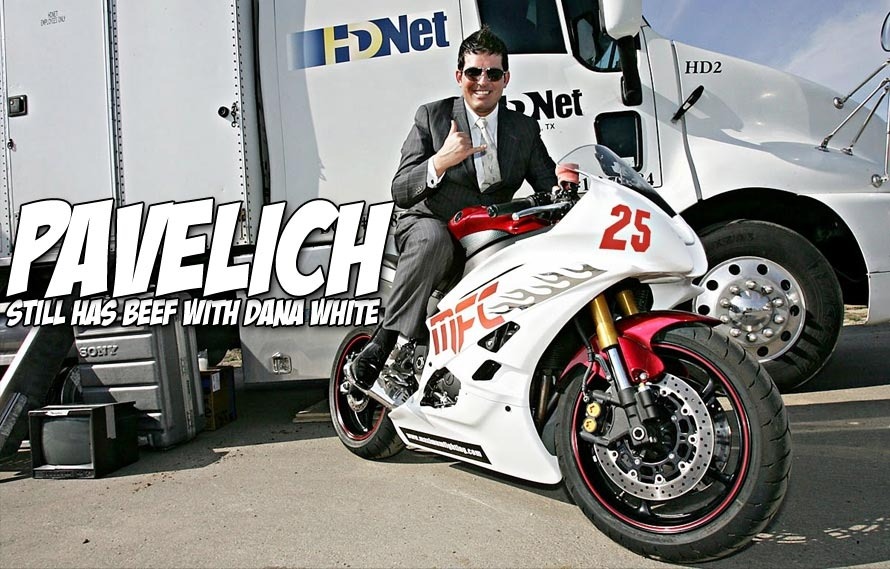 When it comes to finding a banner picture for Mark Pavelich, there’s one that dominates them all — I’ll give you a hint as to which it is. Fortunately for MiddleEasy, we think ‘outside the cage’ when it comes to imagery and ‘inside the cage’ when it comes to cheesy and overused MMA cliches. In a perfect world, that statement should make your brain splatter all over the wall due to sheer ingenuity. However, we’re not in a perfect world, and it’s evidenced by Kristin Kreuk having no idea who I am.

In a perfect world, Dana White would accept Mark Pavelich’s offer to fight him in a boxing match and @LayzieTheSavage would record the entire thing for MiddleEasy. Check out what the owner of MFC said in a recent interview with Frank Trigg.

I would want to spar with [Dana White] three rounds of boxing before we made the deal. And then we can make it after that because I would mash him in a boxing match. I would just destroy him. It wouldn’t even be close. It’s so funny. I’m like 45, bad back, zero athleticism, but the only time I look minorly athletic is if I box. It’s almost comical. If you saw it, you’d be like, ‘Holy smokes! He doesn’t look like he could do that.’ When I start boxing, I sort of look like I know what I’m doing.

The Pav, what an interesting human being — and it seems like just yesterday he was selling his entire organization for a price tag of $3,200,000. We will never be able to fully understand you, Mark — but keep on Paving the way.

Ben Askren wants to lay on Georges St. Pierre for as long as he damn well pleases
← Read Last Post

If you're a fan of Megumi Fujii, you'll want to watch her retirement fight yesterday in Japan
Read Next Post →
Click here to cancel reply.