Metro PCS is releasing the first ever MMA themed smartphone

If the creation of an MMA themed smartphone doesn’t confirm the popularity of our favorite liver punching and heel hooking sport, I’m not sure what else can be done to convince the nonbelievers. At least we know Metro PCS believes it and they are showing their support with their release of the first ever MMA based smartphone. The phone is the Huawei Ascend. It is sanctioned by Tapout and powered by Android which means you can download our extra dope Middleeasy app to use on this bad boy. 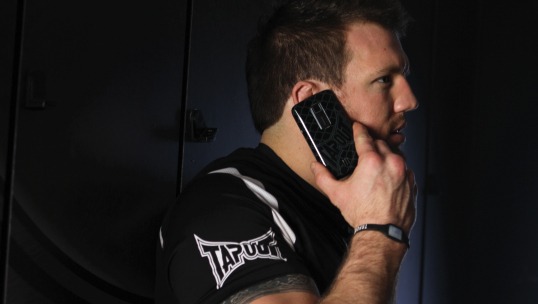 According to MetroPCS, the phone will come preloaded with exclusive Tapout content including 10 virtual training center videos, 12 static and 6 live wallpapers and some fun Tapout apps. It will also come with two interchangeable backs emblazoned with the Tapout logo. Wow, if you coordinate that with a Tapout hat, t-shirt and sweatpants and you will really be showing the world what a TUF noob huge fan of MMA you are. Seriously though, it’s alright to do head to toe Tapout just don’t ever mix your Tapout gear with your Affliction stuff , that’s a complete turn off to the chicks hanging out down at Hooters on fight night.

The phone will be available for purchase exclusively through MetroPCS.com and in stores in just a couple of weeks. To promote the phone release Punkass, and Skyscrape will be bringing some Tapout sponsored fighters to MetroPCS stores across the country to host Ultimate Fighter viewing parties. Their stops will include places in California, Atlanta, NYC, Florida and Las Vegas. Check out the phone and the complete tour schedule here. [source]