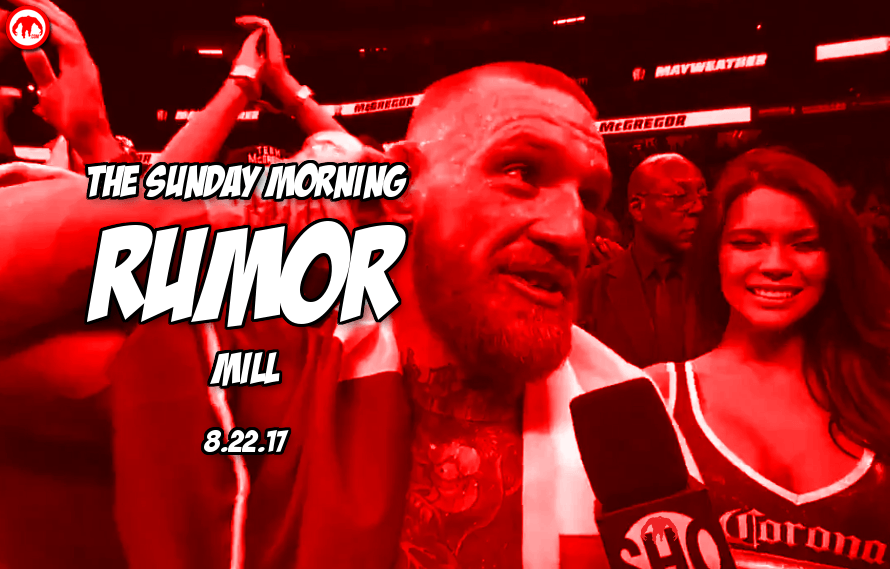 For twelve minutes, McGregor was on the verge of pulling off the greatest upset in sport’s history. Then the final six rounds happened, Mayweather went into Voltron mode and picked apart his slower, worn out MMA opponent.

Boxers return to your boxing rings. MMA fighters return to your six to eight sided enclosed fighting surface. Before McGregor grabs the world by the temples and shakes out more possibilities, crack open your post-May-Mac edition of The Sunday Morning Rumor Mill.

Here's video of the early uppercut Conor McGregor said was inches from knocking out Mayweather
Read Next Post →
Click here to cancel reply.