Conor Mcgregor’s John Kavanagh has seemingly hinted that Khabib Nurmagomedov will be the man to welcome McGregor back to UFC Octagon.

MMA world is desperate for Conor McGregor vs. Khabib Nurmagomedov, and the bout that everyone is craving for could be on the cards assessing by John Kavanagh’s social media activity.

McGregor’s absence from the UFC Octagon created another title within the 155lbs division. Tony Ferguson claimed the interim version, knocking Kevin Lee via submission at UFC 216 back in 2017.

Khabib Nuramgomedov made his eagerly awaited comeback at UFC 219 by battering Brazilian striker Edson Barboza in a lop-sided decision.

Whats next for Khabib?

It appears UFC belt will be on the line in his next Octagon outing. But against who?

While a match-up vs. Ferguson is a potential barnburner, the anti-McGregor army wants to see the Conor tested in the grappling department. And Khabib Nurmagomedov is just the man to provide that test. 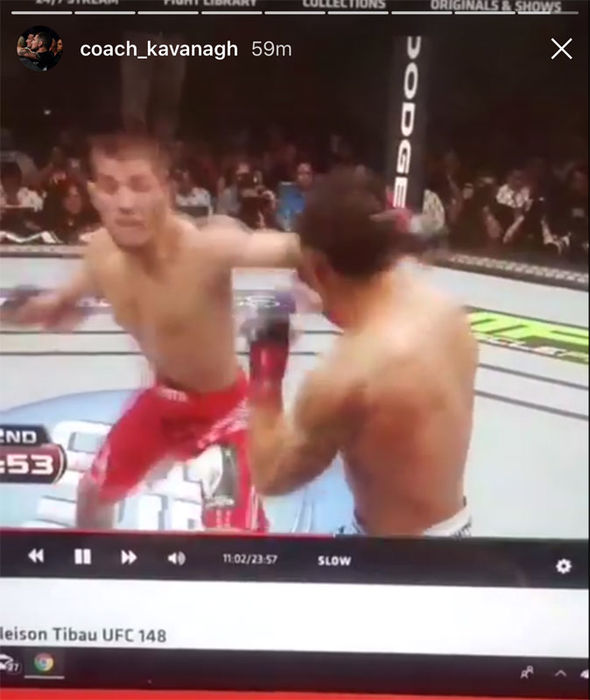 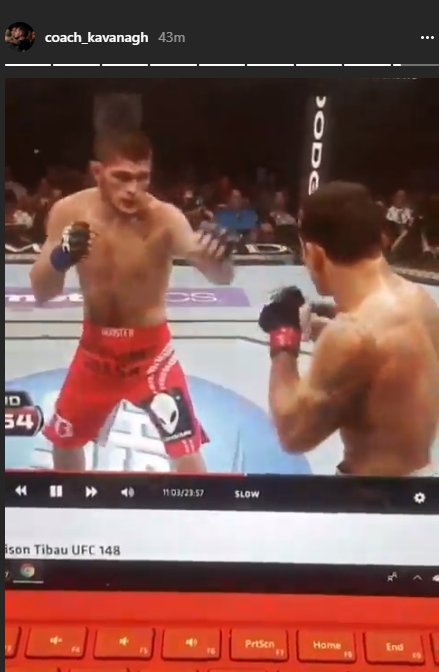 What’s more, Nurmagomedov has also teased a big announcement. That everyone believed would be a brawl against Tony Ferguson, but could it really skip the interim belt entirely and fight Irishman next?

He wrote on his social media “Big news coming. The Eagles continue to hunt.”

Khabib while speaking to TMZ sports:

“I tell [Dana White] hey, today when I fight, my son is born. I tell him hey, you remember one year ago? All MMA fans one year waiting for Conor [McGregor’s] son, but I’m here. For my fans, for my legacy, for my history, for everything. I need real fight. Tony [Ferguson] or Conor. Doesn’t matter. Please give me both. He said, ‘You deserve everything what you want.’ And he told me, ‘Performance of the night is yours.’”

“Everybody forget about [McGregor] because he doesn’t want real fight. He fight with only like 45-years old Floyd Mayweather or marijuana guy who lose 10 times in UFC, Nate Diaz. You know, like this is crazy. He has to defend his belt. [It would cost] zero [to get me to fight McGregor]. Zero, man. I don’t need money. I need only real fight. Fight for the title. I don’t fight for the money, I fight for my legacy, I fight for history, I fight for my people. That’s why I am here. Three rounds? I need like 50, 60 rounds. I want to fight all night. This is what I want. I need Tony and Conor same night.”

Either way, the victorious would fight Tony Ferguson next anyway, who is still recovering from elbow surgery.

McGregor, 21-3, hasn’t fought inside the Octagon since claiming the lightweight title at UFC 205.

Do you think McGregor vs. Nurmagomedov – should happen next?