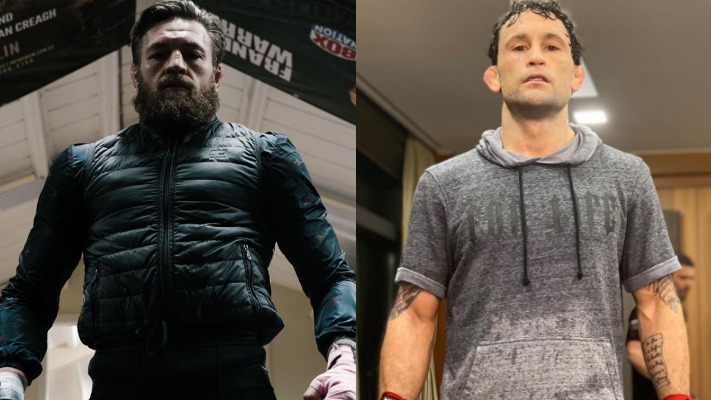 Conor McGregor has advised Frankie Edgar to keep his chin up following his latest setback.

Edgar stepped in on short notice to face The Korean Zombie in the UFC Busan headliner this past weekend. However, it was all Zombie during the fight who dropped “The Answer” early on in the first round and landed plenty of ground and pound. By the time Edgar got up, he was dropped again soon after with the referee calling an end to the action.

He later thanked his fans for the support while acknowledging his naysayers as well.

“Why do the negative comments alway get to you the most?” Edgar tweeted. “Thanks for the love from most of you out there. To the others I’m sure it won’t be your last sh*tty comment to dish out. Let’s not give power to these people. Thanks for the ❤️ to the real ones out there!”

“Remember what was told in shootouts Frankie!” McGregor tweeted. “Stay low and keep firin!!! Forever an icon in this game! #FrankieBaby”

Remember what was told in shootouts Frankie!
Stay low and keep firin!!!
Forever an icon in this game! #FrankieBaby

McGregor and Edgar certainly have a lot of mutual respect for each other. They seemed to be on a collision course when they were both competing in the featherweight division back in the day. However, it never came to fruition.

There were attempts to make the fight happen in 2019 as well with McGregor calling for it to take place in December. But once again, it never happened with the Irishman set to return to action on January 18 when he faces Donald Cerrone in a welterweight bout at UFC 246.

For now, it looks very unlikely that they will fight, especially with Edgar’s planned move to bantamweight. But you can never say never in this sport.