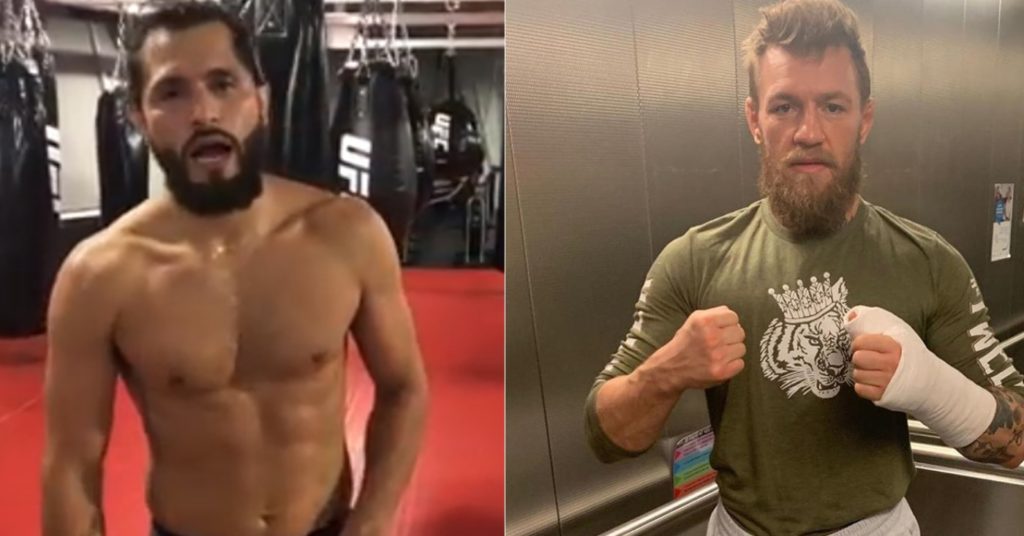 When UFC president Dana White recently claimed there was an interesting option for Jorge Masvidal other than the Kamaru Usman welterweight title fight, speculation went into overdrive.

Would it be a highly-anticipated grudge match with Colby Covington? A UFC 244 rematch with Nate Diaz? Or a money fight with Conor McGregor? Masvidal has made no secret of his desire for the latter option as it would earn him the biggest payday by far.

McGregor has also reciprocated an interest in fighting “Gamebred” and has even outlined his desire to fight for the BMF title currently held by the latter. And according to White, a BMF title fight between the pair — potentially on Fight Island — is a possibility in the future.

“The Usman fight is the fight that makes sense,” White said in a recent podcast appearance (via Express). “It’s the fight that needs to happen if Masvidal wants a title shot.  But, yeah, there’s another interesting fight out there for him right now.”

When asked about Masvidal vs. McGregor for the BMF title on Fight Island, he responded further:

It would certainly be one heck of a way to kick off events on Fight Island as Masvidal vs. McGregor is one of the biggest matchups in the UFC today, especially given the former’s rise to superstardom last year.

However, it’s not the absolute biggest for White.

It’s hard to disagree there.

Justin Gaethje Praises Tony Ferguson But Vows To 'Knock Him Out Cold'
Read Next Post →
Click here to cancel reply.