Conor Mcgregor To Tony Ferguson: ‘Come Back Stronger Than Ever’

Former UFC interim champion Tony Ferguson hit with a restraining order from wife Cristina earlier this week on Wednesday, and as a result, the court ordered, “El Cucuy” to stay 100 yards away from family.

Cristina believes Ferguson is suffering from a mental illness that caused him to be a maniac and delusional.

Following this Ferguson’s wife released a statement on Thursday night detailed the reason why she filed a restraining order stating he’s still a “good husband and good father” despite all of the domestic allegations, Cristina offered some more disturbing and erratic behavior from her husband to TMZ sports.

“[His] erratic behavior is getting worse and more frightening,” claimed Ferguson’s wife per the court documents. ”I am afraid that during one of [his] episodes [he] will kill me, our son and/or himself.”

Ferguson’s wife claims ‘El Cucuy’ believes someone lives inside their house wall and a chip implanted in his leg. Moreover, she also provided a disturbing picture to the court when Ferguson goes out of control and messed things up which requires a police visit. 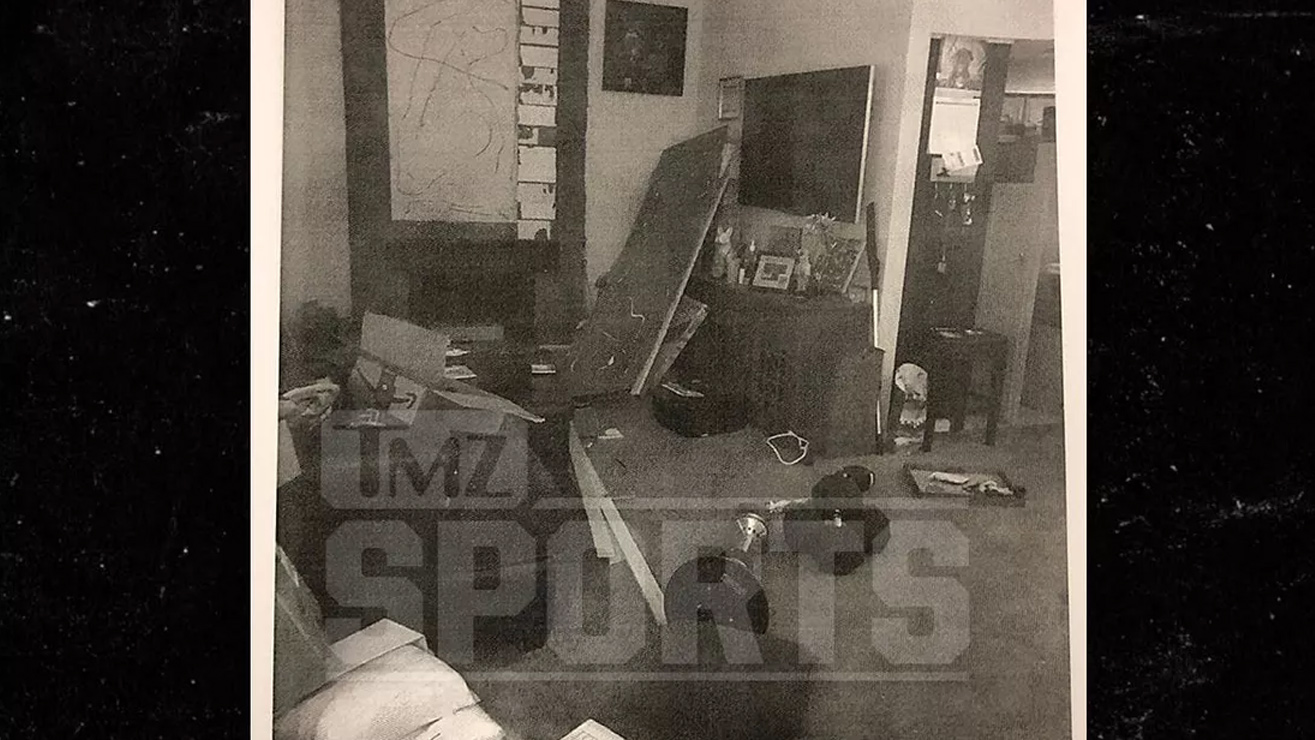 During this challenging time, Ferguson draws some support from fellow fighter UFC star Conor Mcgregor who didn’t shy away to offer some kind words to ‘El Cucuy’ saying come back stronger.

Tony Ferguson is the type of guy that when all the chips are down, can pick them right back up again and come back stronger than ever!
Came back from a debilitating injury in record time to give us one of the fights of the year!
Let’s go Tony!!

Tony Ferguson is the type of guy that when all the chips are down, can pick them right back up again and come back stronger than ever!
Came back from a debilitating injury in record time to give us one of the fights of the year!
Let’s go Tony!!

Ferguson and Conor McGregor are rivals at UFC’s lightweight division, and moreover, both are members of the same management company, Paradigm Sports.

Earlier this week Mcgregor was arrested on two felony charges for allegedly damaging a fan’s cellphone outside a Miami Beach hotel and walking away with it, but now he’s also being sued by the same victim. It looks like lightweight division has a lot to handle outside of the Octagon.

Ferguson hasn’t fought since picking up a TKO win over Anthony Pettis in a back-and-forth brawl at UFC 229 last October yet to be arrested or charged with a crime.

Alex Mendez is a professional exercise specialist with a certification in a Personal training and have craze of Mixed Martial arts. Alex has completed his Bachelors in Kinesiology and Masters in Management. He trains and coaches the client on daily basis.

Dana White: I Haven’t Talked To Conor McGregor About Next Fight

Justin Gaethje Wants To Shut Conor McGregor Up, But Prefers To Do It After Beating Khabib

Bas Rutten has always been a bit of an interesting and eccentric character, to say the least. However a recent...