Waking up on this Friday morning, still high off the lingering vapors of the humongous UFC on Fox Sports announcement, I wasn’t expecting the first thing I read involving MMA to be a mini buzzkill. Looks like according to a report run by TMZ over night, Mayhem Miller was arrested last week for a small altercation with his sister at a party. Damn it, man…damn it.

Neither Mayhem or his sister have made any formal statement about the event, but according to the TMZ report, the two were at a party and his sister wanted to leave and Mayhem wouldn’t let her. He allegedly put her in a head lock and after she managed to escape she called the po-pos on him and had him arrested for simple assault and false imprisonment. 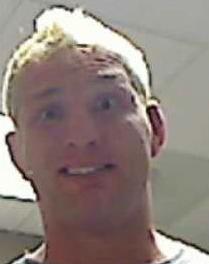 Who knows what went wrong at that party. It sounds kind of like a brother preventing his sister from leaving with some douche nozzle guy or drunken antics that got a little out of hand. Hopefully Mayhem will release some sort of statement about the event soon to help clear up the details for all of us. [source]