Mayhem Miller apologizes for being rawesome 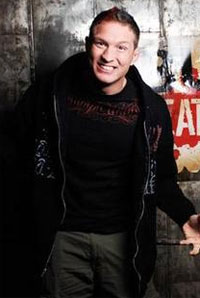 When Rashad Evans did it to Rampage at UFC 96, the MMA world was forever blessed with the sound-clip ‘There’s going to be some black on black crime!’. When Mayhem Miller does it to Jake Shields, Nate Diaz double-leg takes down Mayhem and held him there while Nick Diaz soccer kicked him in the ribs. Two similar scenarios, two completely different outcomes. When Ariel Helwani confronted Nick Diaz after the post-fight brawl, he said he really didn’t know what happened after Mayhem took over the mic. That’s what happens when the spirit of the 209 takes over your body. The only way you can exorcise it is to head stomp the nearest human being as often as possible until your friend shoves you away. Late last night, Mayhem Miller issued a formal apology for his post-fight antics on his personal site.

I would like to formally apologize to CBS, Strikeforce, and all fans of mixed martial arts for my role in the events following the Strikeforce: Nashville event. In retrospect, my timing could not have been worse to ask for my rematch with Jake Shields, and I take full responsibility for entering the cage and setting off a chain of events that cast a dark shadow on the sport. I’ve been a fighter and a fan of MMA for over 12 years, and would never do anything to intentionally tarnish the sport I’ve given my life to. In the excitement of the moment I let my emotions run high and made a bad choice that resulted in a debacle, for that, I sincerely apologize.

In Mayhem’s apology, he misspelled ‘Shields’ but I corrected it in the above mentioned quote. It’s the least I can do for a guy that gave the world something to talk about around the water-cooler this Monday morning. If you don’t have a water-cooler in your office, then just hang out around the bathroom and occasionally turn the faucet on. That should work. [Source]

We have our 4th winner in our Jaco Tattoo Contest!
← Read Last Post

Someone is ranked the #4 Light Heavyweight in MMA and his name begins with 'King'
Read Next Post →
Click here to cancel reply.