Maybe we were right, M-1 Global is NOT paying their fighters 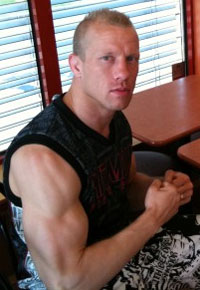 Remember that one time when we asked M-1 Global’s Director of Operations, Evgeni Kogan, if all M-1 employees were getting paid and then he paused, said yes, asked where we got out information and then abruptly hung up? Well I could write another extremely long run-on sentence or I could just direct you to Jani Lax’s blog where he gives us a summary of his May 29th fight at M-1 Selection 2010 – Western Europe Round 3 in Helsinki, Finland where he (and a few other fighters) were not paid in full after the event. Here is an English translation of his Swedish blog entry.

M-1 Global [expletive] me! Have not said anything but tried to be patient, pondered for a while if I would write something about this at all. Is that right sur[?] you understand and this has not helped me in my mental warm up before my match next weekend. Writes this to all of you will have something to do with the M1 in your careers. So here it is, I would receive a certain sum to meet Danny van Bergen (can not go into the sum due the contract). Then I would get a win bonus if I won. All this, and standards of professional MMA. When I came to Finland as it did at the weigh-in that we would get 50% of direct cash and 50% + profit bonus in our account within 10dagar. I have never had money before I ever been a match. Since this was a 50% bonus + profit on the account, which I was not informed of. I thought no more of this but they gave my account number. I waited for my money but no cash came in to my account. Contacted them via email and my manager and asked why no money came. I received a reply a few days after they have been wrong account number. I sent back and waited 10dagar. No cash was then either. Contacted my manager again and he tried to reach it. Now it became clear that the Finnish Shooto European champion not been paid. Well now it’s kind of a solicitor engaged in this. M1 is one of the world, in all cases, europe’s largest organizations, and they obviously can not meet those commitments. I have actually a contract at home but how far can you run this against an organization that is based in another country, especially in the case of relatively small amounts of money (large for me)! It feels very acidic!

Then I accepted a match in Japan for so little pay that I go back when I have to take time off from work, it does not feel better with the M1 [expletive] up myself. All this has got me in a negative state of mood before the match that I have to try to rub off. So little cash as fighters earn at that level all the time and effort you put down you want to get paid what you been promised. Ok now I will stop whining about this!

As Lupe Fuentes would say ‘Oh, god’. We were informed what happened at M-1 Global’s Finland show weeks ago and it seems fighters are finally starting to get slightly annoyed at their invisible paychecks. Props to NorthFromHere for the tip. [Source] 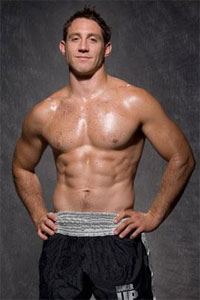