Matt Riddle Refuses to Chastise Jon Jones For Past PED Usage; ‘I Failed Some Tests, Too’

Many consider Jon Jones to be the GOAT of mixed martial arts, though the former light heavyweight champion’s career has been undoubtedly tarnished by multiple failed tests for performance-enhancing drugs over the years.

On two separate occasions, ‘Bones’ tested positive for PEDs. Once for clomiphene and letrozole and then again for the anabolic steroid turinabol. While both fans and fighters are quick to point out Jones’ troubles in the never-ending debate over who the pound-for-pound greatest fighter is, the fact remains that ‘Bones’ has been a dominant force in combat sports long before he found himself in troubling times with USADA and the law.

Sharing his thoughts on Jon Jones was former UFC fighter turned WWE Superstar Matt Riddle during an appearance on Daniel Cormier’s EPSN show ‘DC & RC.’ Known these days as just Riddle, the Ultimate Fighter alumni spoke about competing with Jones in high school and had nothing, but kind things to say about the UFC icon.

“Jon Jones has, like it or not, he’s always been a top-tier competitor since I’ve known him in high school and throughout his UFC career and etc. I’m not gonna get into anything else, but I don’t think when I beat him he was cheating yet.

“I don’t think he used any PEDs or was on any stimulants or anything like that. I think he was young, I remember his family was always there. It was a very family-oriented environment and (it was) nice.

“Jon was always super kind to me and everything else, and so was his whole family. I think he was still on the straight and narrow (path). And I think that helped.”

DC to Matt Riddle: Do you think Jon Jones was cheating you at that time, as much as he cheated me? Or do you think he played fair and that's why you won?

Matt Riddle’s highly-successful run in the UFC was cut short in 2013 following his second positive test for marijuana usage, the first coming less than a year prior. With back-to-back failed tests, Riddle was released from his UFC contract finishing his career with a record of 8-3 with two no contests. Had Riddle avoided the failed drug screenings, he would have held a record of 10-3 with a five-fight win streak.

“I’ve heard some stories about (Jones) hiding under the ring and stuff like that, but I don’t know if they’re factual or fiction. A lot of people say crazy things. He’s failed some tests. I’m not gonna say anything because I failed some tests, too. I don’t want to go there. I don’t throw rocks, I live in a glass house.

“All I know is I think he was young, he was still just working his way up.” 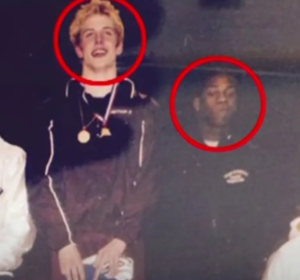 Even with the controversy surrounding Jon Jones’ UFC career, it’s hard to deny he is one of the greatest fighters to step inside the Octagon. With 26 career victories, two world title reigns and 11 title defenses, Jones has already established himself as the greatest light heavyweight in the history of the promotion. Currently, Jones is in heavy preparation for a run in the heavyweight division.

After two years on the shelf, ‘Bones’ is expected to return in early 2023 for a high-profile heavyweight clash with UFC heavyweight champion Francis Ngannou or general consensus heavyweight GOAT, Stipe Miocic, though nothing has been confirmed at this time.