Matt Hughes is a legend. You name it, Matt Hughes has done it: Two time UFC Welterweight Champion, UFC Hall of Fame, NJCAA Hall of Fame and one of only two fighters to beat Georges St-Pierre. The point is that when Hughes speaks, you should probably listen. That’s why when MMA History Today broke that they were during an surprise Q & A with him yesterday, we had our eye on the interwebs.

That’s right, Hughes took time out from being a farmer badass to answer questions from fans. Covering his career, the new era of UFC, Michael Bisping’s win and even LEE F’N MURRAY, these are our favorite questions and answers from the Twitter session.

“What in your opinion is the biggest difference in terms of skill level between when you fought and today?” – @BoxyUK

Everyone is VERY well rounded. Also the striking has improved. https://t.co/vX0oiuHKxX

“Who do you think is the best pound for pound fighter right now?” – @TaylorMooreNWA

“What were you thinking when GSP gave you that infamous ‘I’m not impressed’ speech?” – @slothmar

I didn't care a bit. I just had my greatest victory in the UFC and didn't care what the Canadian said. https://t.co/Edq1YV4Q4V

“What you think about @bisping? Honestly.” – @thefreezicebox

Good for him. He was prepared and capitalized on his opponents weakness. https://t.co/EZscJ90BBa

“What was going through your mind when you were carrying Frank Trigg across the octagon?” – @Hendo_119

I was pissed! Wanted to get him to my side so I could hear my corner and he couldn't hear his. https://t.co/0Rikxol3Yq

“Who was your toughest opponent through your career & what was your most satisfying vistory?” – @ShowtimeShelbs

GSP was the toughest and beating Bj was the most satisfying. https://t.co/G2IhER2nk7

“What happened at the bar fight between Tito Ortiz and Lee Murray?” – @simbaRoofakus

Lee threw two punches and Tito went down is the short version. https://t.co/7wYM2vsx3X

I would love to get that fight and opportunity. https://t.co/i39LgUk87k

What?! Are you kidding me!? Hughes says he is down to fight Matt “The Terra'” Serra at the Madison Square Garden debut!? Sure, it’s a longshot, but that’s the kind of stuff that gets that young, fanboy blood boiling again. Go ahead and let the hype begin like we do way early and with no guarantee this will happen at all! 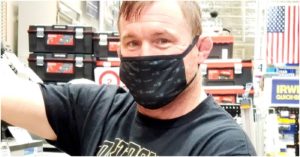 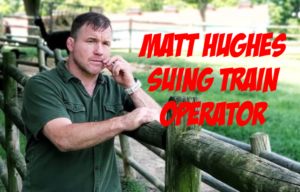 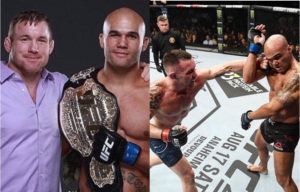 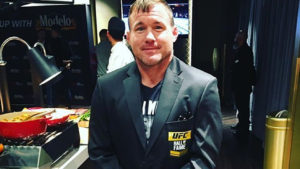 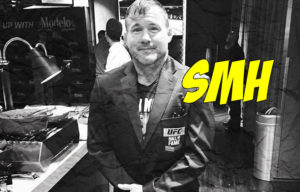