The 2021 PFL Heavyweight Champion went down

In the final heavyweight fight of the 2022 PFL season, Bruno Cappelozza and Matheus Scheffel fought in the main event.

A huge missed opportunity from Scheffel.

The final round started, and both fighters fired off a combo. A minute into the round, both fighters were just exchanging a punch at a time. A left hand landed for Scheffel. A heavy leg kick got checked by Cappelozza. 2:39 left, and Cappelozza landed a 1-2, followed by a body shot. Cappelozza shot for a takedown, but once again, it was stuffed by Scheffel. Ninety seconds left in the fight, and Cappelozza landed a jab. Cappelozza went up with a high kick, but Scheffel blocked it. Scheffel landed a leg kick with 30 seconds left in the fight. Two high kicks from Scheffel ended the fight.

Cappelozza vs Scheffel goes all 3 rounds! 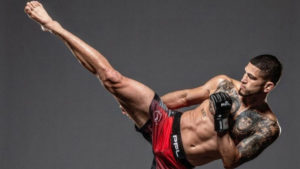 Anthony Pettis vs. Stevie Ray And Other Matchups Announced For PFL 5 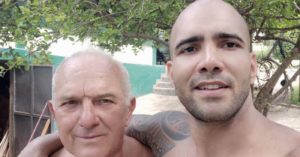