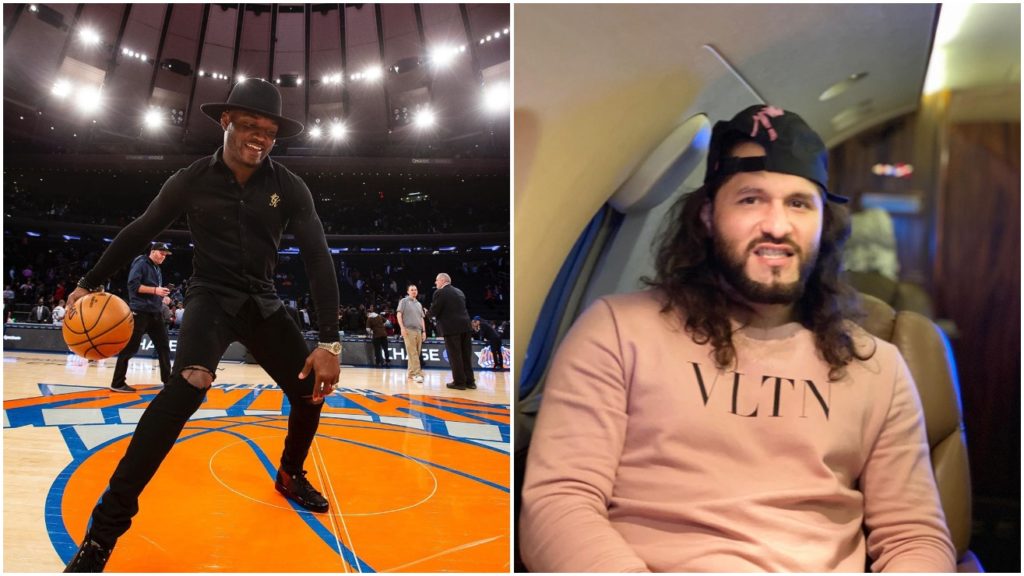 There’s always been an underlying beef between UFC Welterweight champion Kamaru Usman and Jorge Masvidal. Ever since Usman voiced his opinions on the “BMF” title, the men have traded shots on social media. At one point, many fans wanted Masvidal to challenge Usman for his title after he beat Nate Diaz at UFC 244. Now, Masvidal has posted a video to his Youtube channel which roasts Usman and his “many different personas.”

When it comes down to it, the UFC is in desperate need of star power. The global virus that’s sweeping the entire world is basically shutting down sports. Well, every sport except mixed martial arts from the UFC. Even during dark times, Masvidal has still offered to face Usman and UFC 249. Which, at this point, is one of the few ways that the event could be saved.

In Jorge’s mind, there are many different personalities when it comes to Usman. In his latest Youtube video, he roasted Kamaru by showing his many different sides.

The video documents Kamaru’s previous days as a collegiate wrestler. Footage shows that Usman used to go by “Marty ‘The American Dream’ Usman” from Nebraska. The condescending comments initially came from Ben Askren in regards to Usman who proudly represents Nigeria.

Next, Kamaru was shown acting as if he didn’t know who Masvidal was. Although he was clearly joking, it seems like both men will do whatever it takes to yank the other’s chain.

Jorge went on to call Kamaru a hater when it comes to his achievements inside of the octagon. Hopefully, the rivalry actually leads to both men facing each other in the near future.

Currently, it’s rumored that they will face off this summer. However, due to the virus, it’s possible the date for the matchup may have to be pushed back. For now, fans can enjoy the social back and forth between Usman and Masvidal.