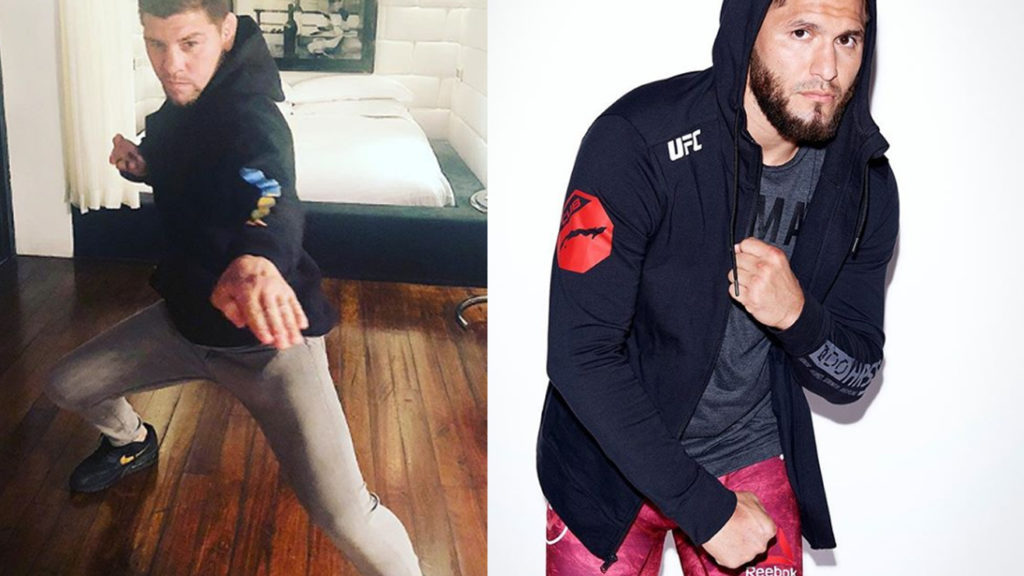 Jorge Masvidal Responds to Nick Diaz as Scarface in Video

Beating Nate Diaz earned Jorge Masvidal the UFC’s inaugural BMF title at UFC 244. Before the bout, Masvidal vowed to baptize Nate in order to prevent the fight from going into the judge’s hands. Nate’s brother Nick didn’t like the words that Masvidal said to his little brother. Because of that, Nick voiced wanting to face Masvidal. Once “Street Jesus” got word of Nick’s challenge, he and his team responded in the most Miami native way possible.

Nick has been more visible than ever since the leadup to UFC 244. So much so, that he sat down with ESPN in a long-form interview. During the conversation, he spoke about his layoff from MMA, potentially getting back in the cage, plus his relationship with his brother.  He also touched on Jorge Masvidal and wanting to fight him in the future.

Once Masvidal and his team got word of Nick’s comments, they took to social media to respond. Per his agent Malki Kawa, Team Masvidal released a video or Jorge dressed as the legendary movie character Scarface.

The video used Scarface’s iconic words when dealing with his adversaries. In short, Masvidal said he has no problem facing Nick, and he will “bury him” as well as he did Nate.

Both Jorge and Nick were rumored to fight at 235. But, Nick insisted that the promotion never approached him officially with the bout. Even though UFC President Dana White insisted at the time that the bout was officially going to happen.

With many different options on the horizon, “Gamebred” seems to be down with accepting whatever is going to make the most sense and the most money. That could mean facing Nick Diaz. It could also mean a rematch against Nate. Whether it’s Conor McGregor or a welterweight championship bout between the winner of Usman vs Covington, it’s safe to say at least one thing:

Jorge Masvidal’s resurrection will continue. And, part of that process, is “baptizing fools.”