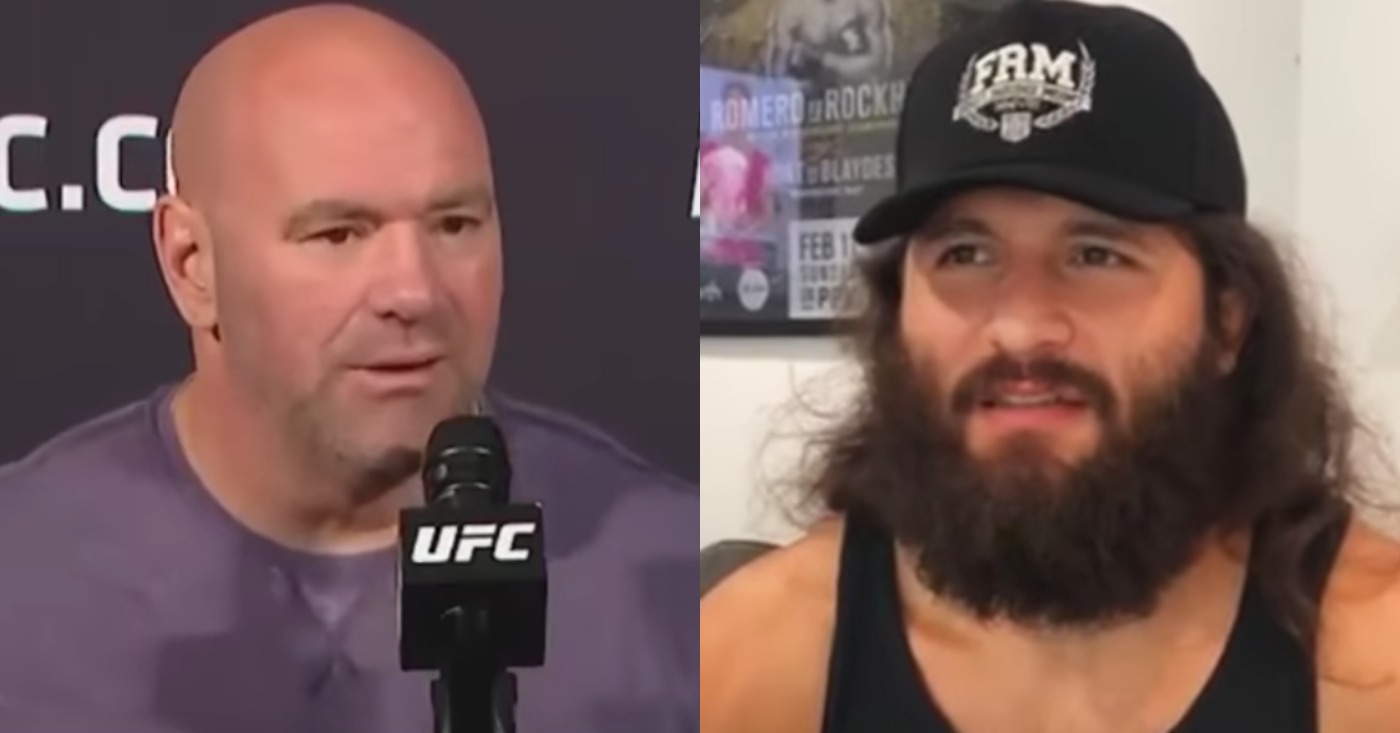 When talking about the possibility of a second shutdown due to the ongoing COVID-19 pandemic last week, White spoke of how he was working on a contingency plan along with how his goal was to not lay off any employees or have inactive fighters.

He then touched on the recent issue of fighter pay with some odd comments.

“When you’re a professional athlete, you have a very small window of opportunity, a very limited amount of time. You know, we get into all the money sh*t and the stuff that’s going on right now. Everybody acts like this is a f*cking career. This isn’t a career. This is an opportunity. Anything can happen at any given moment. Knee can blow out. Your back. Your this, your that. COVID-19, who the hell knows what is coming down the pipeline? So you have to take every opportunity that you can get.”

Considering many fighters have been competing for years, it’s hard to really agree with the UFC head honcho.

Masvidal — who is one of the fighters having a spat with the UFC over fighter pay — has notably been competing for 16 years and took umbrage with what White had to say.

“I want to address something actually because of the Dana White thing,” Masvidal said in a recent video on his YouTube channel. “Dana White said the other day and maybe you can explain this, he said, ‘this is not a career, this is an opportunity.’ I’ve been doing this for 16 years — sh*t, I’ve had a lot of opportunity, huh? That’s crazy.

“So it’s not a career, Dana White, that’s interesting to know man. I really think sometimes we don’t see eye-to-eye on anything you f*cking you say, bro. How is this not a career? It’s crazy.”

As for whether “Gamebred” has issues with White personally, he doesn’t see it that way. Especially as he views him more as a co-worker than a boss.

“He’s my co-worker. It’s not like I’m going to go hang out with him anywhere, anytime soon or anything like that,” Masvidal added. “I don’t have no animosity towards him but I also don’t really like him too much either. Because he has to do his job which is to generate the most money for his company. I got to do my job which is generate the most money for me and myself. So you see where that clashes?

“We are not always going to see eye-to-eye but I don’t think that he’s like a devil or this evil f*cking person. I just think he’s doing his job, I gotta do mine.”