Following his win over Jack Hermansson, Marvin Vettori looks for a number one contender's fight against Robert Whittaker 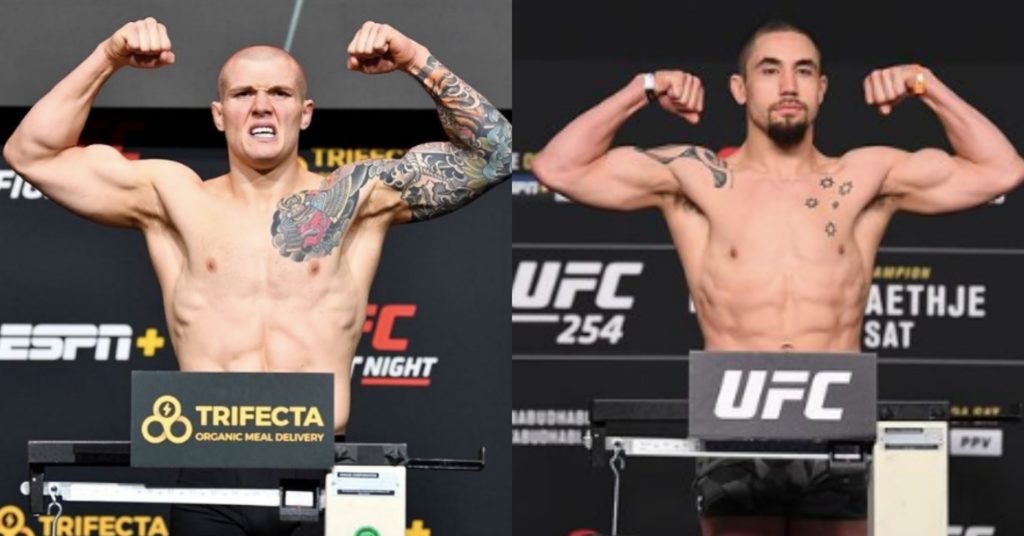 Over the weekend, Marvin Vettori got the biggest win of his career over Jack Hermansson. Now he is gunning for a fight with former champ Robert Whittaker, which he believes would set him up for a rematch with Israel Adesanya.

It is easy to forget the fact that Vettori was never even supposed to be fighting at UFC Vegas 16 last weekend. It was only when Jack Hermasson lost two opponents that Marvin stepped up to the plate. However you would never be able to tell that by the way that he utterly dominated the then-number four ranked middleweight contender, en route to a decision win.

After his massive win, Marvin Vettori called for a bout with Paulo Costa, in order to get a rematch with champ Israel Adesanya. Adesanya and Marvin fought to a close split decision before Izzy was champion, and the Italian fighter wants to run it back. However he explained in a recent interview that he would also be down to have a title eliminator bout with former champ Robert Whittaker instead.

“My position is really weird at the moment,” Vettori explained. “Almost everybody is coming off of losses except for Robert Whittaker, and Robert Whittaker is not that motivated to fight Israel. So I can be right there, I’m super hungry. Like I always said, my ultimate goal is the title and I’ve been talking about that rematch with Israel forever. So if that rematch comes together I’ll jump right on it and settle the score. If not, the fight for number one contender, whoever it is, I would love that too.

“Fighting Robert Whittaker would be great,” Vettori continued. “I almost see it as the ultimate training to beat Israel in a sense. I would love to fight Robert because I think he’s the second best in our division at the moment, not considering me. I’m the best. So I would like that…if I have to pick the one that will challenge me the most if I can not get right to the title, (it would be) Robert Whittaker. To be honest, anyone that would put me in the number one contender spot, I would accept right away.”

Whether it is Paulo Costa, Robert Whittaker, or someone else, there is no denying that Marvin Vettori deserves a big opponent for the next time he steps inside the Octagon. Then perhaps we can see the rematch with Adesanya go down.