Julian Marquez Maintains He Didn’t Blow His Shot With Miley Cyrus: ‘I Got Something Working’

Marquez is planning an announcement with regard to his back-and-forth with Cyrus following UFC 258. 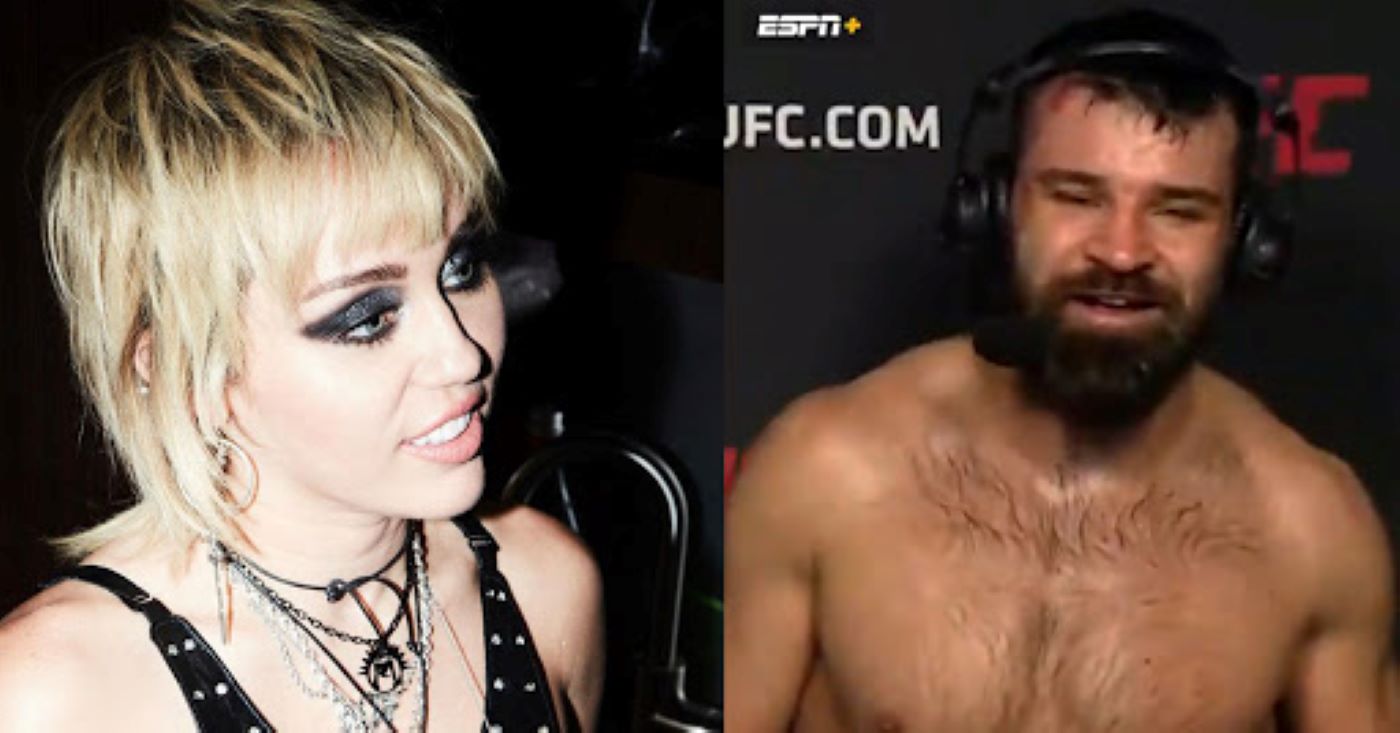 Marquez has been in the headlines recently not only for asking Cyrus to be his valentine following his win over Maki Pitolo at UFC 258 this past weekend, but also making a bizarre counter-demand to the famous pop star.

When Cyrus responded by telling him to shave “MC” on his chest hair, Marquez said he would on the condition that she got a henna tattoo on her stomach.

@MileyCyrus If you get a henna tattoo that says Cuban Missle Crisis above your belly button like 2pac I’m in #ThugLife 😏 https://t.co/cGA4gBOVJI pic.twitter.com/I6TqI0fNz9

That led to this response from Cyrus with many observers roasting Marquez for blowing his shot, especially after getting a response in the first place.

However, “The Cuban Missile Crisis” hasn’t blown anything yet as he revealed he has something in the works.

He’s even planning an announcement soon as he expanded further on why he got a response in the first place and why he made his counter-demand.

“The difference between me and everybody else is I’m always gonna be me and I’m always gonna be who I am no matter what is in front of me, no matter who’s in front of me, no matter what it is,” Marquez said. “The thing is, I’m not going to change who I am for anybody else, I’m going to be me and a lot of people love me and a lot of people enjoy me. If I wasn’t me, then this callout for Miley on my Valentine’s Day would never have happened. That’s being normal, that’s me being me, this is me 100 percent if you know me.

“The thing is, is that when I sat there, I know Miley loves Tupac. Miley loves artists. I did that as a joke, I thought it was funny, it was great, and it went back. It’s Miley Cyrus, of course everybody wants to sit there and say, ‘I’ll do this, I’ll do that.’ No, I’m going to give you my real personality and she loved it. She loves me, you know what I mean? That’s the thing, everybody else if she tells you to do this, you’re gonna do that, and there’s a lot of things. The MC is gonna get shaved into my chest, but we’re working on something real fun that we’re gonna announce here shortly that you guys are all gonna love. It can’t just happen like that, it’s gotta build itself up.”

As for what the announcement would be, Marquez refused to give any hints.

“I got something working, don’t worry,” Marquez added. “We’ll announce it. Just know you will have a big smile on your face.”

It will certainly be interesting to see what the Cuban-American has in store.