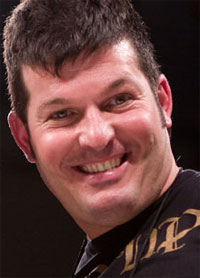 From hating on M-1 Global, to press releasing his personal beefs to calling out Tim Hague on an internet message board; Mark Pavelich is undoubtedly a modern day renaissance. Dude can smack you in the face twenty times before you even knew where it came from. On The UG, the recently UFC released Tim Hague said that he was happy to sign with TFC which he called “the biggest, best, and most professional MMA org in Canada”. Well your boy, Mark Pavelich, had a little something to say about Tim Hague’s statement.

Tim good luck and I could careless who you signed with and had no clue who you signed with and when you signed with who ever my answer was still the same zero interest in you apparently before you signed with some other show who I could care less about. The funny thing is you text wanting to sign with us and I have zero respect for you or how you treat people and because we didn’t have interest now your fighting for the best show and that my friends is [expletive] because they are not and they don’t even believe they are. Isn’t it better now that we all get that [expletive] off our chest. Good luck to the show you fight for and all the fighters in all organizations. We started this [expletive] and we are going to finish it whether you like it or not.

You got to love the Pav. Dude is good for at least one cranium exploding statement per day and recently he has not let us down. Don’t even worry about grammatical errors with Pavelich, dude is above spell checking. [Source]