Sometimes you work really hard for something and the payoff isn’t immediate, other times you just get lucky and are in the right place at the right now. Other times you wait what feels like a lifetime and have to prove yourself and it can drive you mad. If you’ve been following K-1 religiously for the past 15 years, you’ll know the name Mark Miller. No, I don’t mean the IFL Middleweight MMA fighter that competed on UFC’s The Ultimate Fighter, but instead the Heavyweight kickboxer who participated in a few of the K-1 Las Vegas Grand Prix tournaments at the turn of the century.

If you don’t know Miller you are missing out, not only missing out on an incredible story of overcoming the odds and facing a lot of tough competition, you are missing out on an incredible talent and a great guy. Mark is the first fighter to ever stage a comeback after open heart surgery. I’m not kidding you. Check out the trailer to his upcoming documentary about his trials and tribulations as well as his comeback. After his comeback fight it will be a wrap on the film and it’ll be released, telling his awesome story to the world. 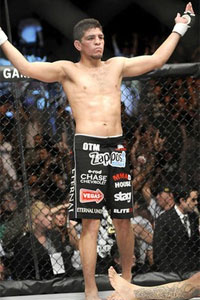