Mark Cuban should be an MMA fighter 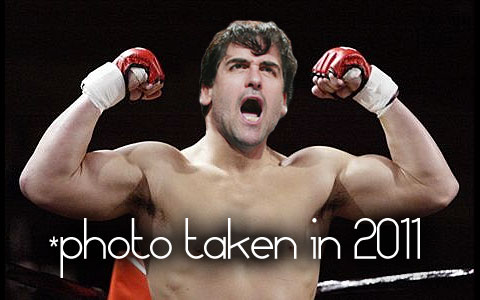 If Conan the Barbarian can be the governator of California, Kevin Johnson can be the mayor of Sacrmento and Jose Cancseco fight Hong Man Choi in the Dream 9: Super Hulk tournament then Mark Cuban can be an MMA fighter. Mark Cuban should be an MMA fighter. In fact 75.4% of you believe Mark Cuban would have the best MMA career. Dude owns HDNet, which is like Modus Operandi (yay! I can use big words!) of the MMA world. By now HDNet is like my second dad. Bas Rutten is like the Dan Rather(and he looks like King Slender from Nintendo) of MMA news. Without Inside MMA, I would have absolutely nothing to do on a friday (sorry “Jasmine” from the “Gentlemen’s Club”, I’m sure you’ll find someone else to pay off your community college tuition).

The dude is raw. He gets fined like 3,000 times a year by the NBA and is like…’whatever dude’. He’s like a verbal ninja that uses words like ninja stars and launches them at the heads of NBA officials causing foreheads to bleed in a river of awesomeness. How friggin amazing would it be if an official got in his face and instead of aruging back, he just got the dude in a muay thai clinch and served knees to their dome…over and over again. This article got violent really quick, I don’t know what happened man. I just want to see Mark Cuban in a cage with an NBA official. If you get fined $200k for critizing the NBA, make that fine count and just get them in a reverse arm bar right on the court. I’m pretty sure everyone’s head would explode out of sheer astonishment.

Justin Gaethje Believes Khabib “Was In Trouble” Before Submission Win