Mariusz Pudzianowski’s boxing coach just threw him under the bus 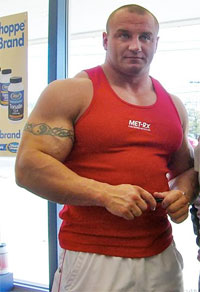 When Krzysztof Kosedowski, Mariusz Pudzianowski’s boxing coach, refers to Pudz’s boxing as ‘bad’, he doesn’t mean it in the cool way that Michael Jackson used in order to have one of the most successful albums of all time. He literally means Pudzianowski has perhaps the worst boxing he’s ever seen from an MMA fighter. In an interview with BoxingNews.pl (via BloodyElbow), Krzysztof breaks the world record for repeated use of the world ‘bad’ in one phrase.

Being thrown under the bus is an understatement, although whatever bus Pudzianowski is thrown under would immediately explode in to a cloud of metallic vapor. At least the dude still has those mastodon legs in which he brutalized Marcin Najman at KSW 12 back in December. [Source] 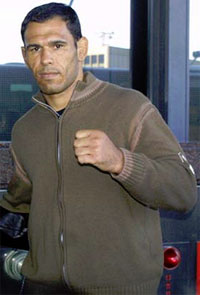 Since Griffin is out of UFC 114, who could face Lil Nog with 4-weeks notice?
← Read Last Post
You may not like Mark Pavelich, but you're going to LOVE the new MFC highlight promo
Read Next Post →
Click here to cancel reply.