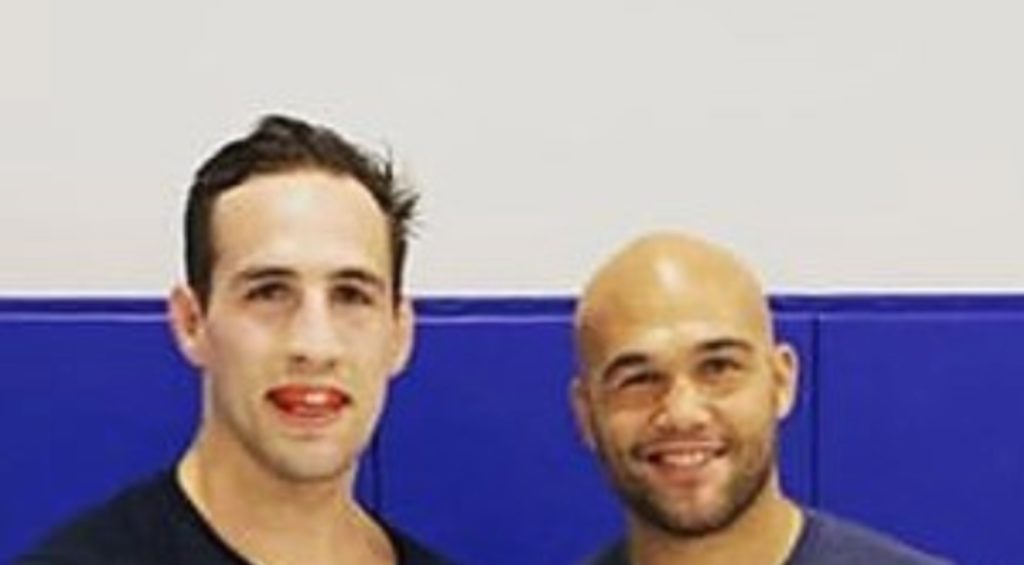 Rory MacDonald met a familiar old face in Robbie Lawler during his week of training at Sanford MMA.

MacDonald usually trains in Montreal’s Tristar Gym but decided to get a week’s worth of training at Sanford MMA — the rebranded name of Hard Knocks 365 — at their facility in Deerfield Beach, Florida.

Lawler, of course, trains at the gym as well and took a photo with MacDonald nearly five years on from their UFC 189 war.

“A great week of training at @hardknocks365 with an amazing group of fighters and coaches! was a pleasure to meet everyone and also to train at their newest location @sanfordmma thank you @henrihooft for being so welcoming and kind”

Lawler and MacDonald battled for nearly five rounds in their epic back-and-forth rematch for the welterweight title at UFC 189 in July 2015. In the end, “Ruthless” was able to come out on top after finishing a battered and bloodied MacDonald in the fifth round.

It’s a fight that has gone down in mixed martial arts history with many rating it as the greatest fight of all time. Many also believe the contest took a lot out of both competitors.

Lawler is currently on a three-fight losing streak with his last loss coming in a unanimous decision defeat to Colby Covington in August.

MacDonald, meanwhile, has won just once in his last four outings. His most recent setback saw him lose the Bellator welterweight title following a unanimous decision defeat to Douglas Lima.

He has since signed with the Professional Fighters League where he will be looking for a change of fortunes.

Brendan Schaub Urges Dominick Reyes Not To Sit Back Against Jon Jones
Read Next Post →
Click here to cancel reply.