You knew things were bad when even Lyoto Machida’s walkout music was elusive. Tonight marks the first time we’ve ever seen jedi mind tricks successfully employed within an Octagon. Just after Shogun Rua defeated Lyoto Machida, his manager at the time, Eduardo Alonso, essentially divulged Lyoto Machida’s secret. According to Alonso, Machida fakes in order to see how his opponent reacts to the strike. Machida then fakes again but follows up with an actual strike that exploits his opponent’s reaction to the fabricated strike. I know it may seem confusing to some, but just imagine the film ‘Inception’ and Lyoto Machida kicking everyone’s ass in it. There, I hope that helped.

Chances are, Steven Seagal taught Lyoto Machida how to get his opponent to run into his fist. If so, then we’re assuming Obi-Wan Kenobi taught Steven Seagal because that’s an absolute jedi mind trick. It appeared as if Machida just extended his arm and Ryan Bader planted his face directly into his fist. That’s an impressive feat even for Mace Windu. If Lyoto Machida had a light saber the color would be so elusive that you couldn’t even see it.

We just witnessed a rawesome performance from the same guy that not only gave birth to the ‘Machida era,’ but nearly defeated Jon Jones — well until that entire ‘standing guillotine’ thing.

Thanks to Caposa for the .gif. 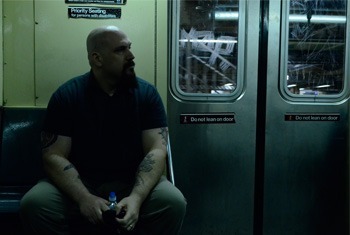 Shogun Rua roughnecked his way to a win against Brandon Vera at UFC on FOX
Read Next Post →
Click here to cancel reply.