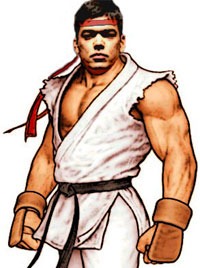 Even though it’s been less than a week since Machida grabbed the W over Shogun at UFC 104, my spidey-sense tells me that you’re tired of hearing about the outcome that had you throwing beers at the TV, Mach Sakurai style. Lyoto Machida finally spoke out about his controversial win and he believes he won four rounds and he says Goldberg and Rogan were biased and you should probably watch the fight without any sound. Seriously.

“I had the opportunity to see the fight again and I thought I won four rounds and Shogun took the last one. Some people say he won the 4th and 5th round, but for sure I won at least the first three rounds.”

“The American commentators were pretty much biased. If you see the fight without audio, you will probably see a different fight…Shogun was a great opponent and had a nice strategy. He deserves all my respect as a fighter, but I was superior.”

Screw watching Machida vs. Shogun without sound, try syncing it with Pink Floyd’s Dark Side of the Moon. Right when the ‘Time’ guitar solo starts you can totally see Machida’s legs start to bruise. [Source]