Pic: It Looks Like Vitor Belfort May Have Just Retired

Before UFC 204, rumors circulated that Vitor Belfort would also retire win or lose just like Dan Henderson did. There was no announcement made after Gegard Mousasi came out with the win, but just today Belfort himself posted some sort of convoluted, cryptic message on Instagram. It was part poem and part heartfelt message. We’re not quite sure what to make of it, but it looks like he’s retiring. 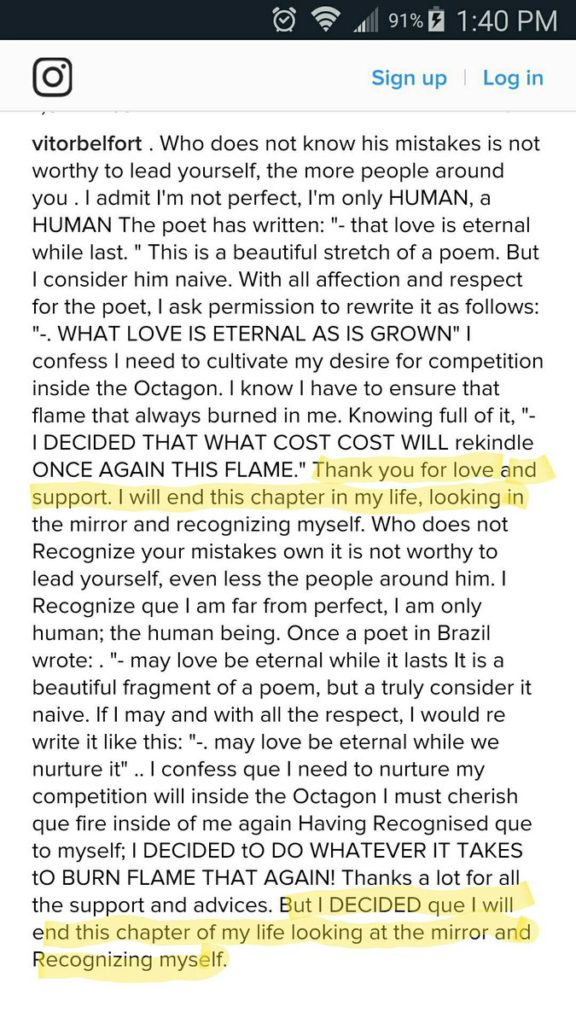 @CombatDocket So, in my opinion, he did announce his retirement, but some friends didn't agree with me. I'm pretty confused…

@MatheusCostaMMA @ZPGIFs @SecretMovesMMA he said he'll end this chapter recognizing himself and that he'll burn the fire again, so one more.

It seems like we’re not the only ones who are confused. Even media members who speak Portuguese are confused too. We’ll be waiting for an official word from the camp that we can understand, but if this is true then Belfort has had an insane career and hanging the gloves up now wouldn’t be anything to complain about.