If I have any bias, it’s towards having fun. Yeah, I’m hyper-aware of the issues EA UFC had at launch, and I’m aware that the game still has issues (particularly in the ground game). But what MMA game hasn’t had issues? And it’s not like they dropped the title and forgot about it, there’s been plenty of roster updates and gameplay tweaks to shakeup the title.

But damn, the ground game really isn’t fun, eh? At the risk of pissing off a bunch of people that worked hard on the game, I suggest you all spend the $13.20 on EA UFC for the Xbone and make it into the game you want it to be. What does that even mean? We here at MiddleEasy have developed a series of stats and rulesets for you and your buddies to get your worth out of this game, and you will.

Think about it: what can $14 (EA UFC is $13.99 if you’re a PS+ member) get for you in this day and age? Nothing much. You’re roughly 1/5th to a UFC PPV. You could probably by a six-pack or two bombers of decent beer, maybe a (low quality) voodoo doll.

Instead, you should get EA UFC.

You can host boxing matches, kickboxing matches, or go right ahead and play the MMA game the way it was intended. But just in case you want to plop down a few clams to have a good time with your friends locally or online, here are our CAF stats for kickboxers and boxers.

First off: Keep in mind that when you create a CAF for a kickboxer or boxer, IT HAS TO BE A KICKBOXER OR BOXER. Don’t choose a wrestler then add this stat template. It just doesn’t work. Boxers don’t have elbows to start, kickboxers will. No one wants to get cut open by an elbow because you’re a spaz holding down the bumper and throwing strikes like a madman.

We allow one strike in the clinch then you must let go. If you don’t, you are shunned and have to clean the MiddleEasy office litterbox.

Submission and Ground stats shouldn’t be touched, they don’t matter.

You should be a 72 overall when this is done.

You can clinch when you’re getting beat up, but do it too much and you’ll be shunned. No elbows, no kicks, etc.

Everything else is left the same. I like to have people turn down kicking speed because Gary’s a d**k. That’s all you need to know about that.

Right Hand Power – 70 (inverse these if you’re a southpaw)

All sub and ground are left at whatever they’re at.

This should leave you at 66 overall.

If you didn’t want to play EA UFC, or you’re felling that the game is a little flat, go ahead and use these stats and rulesets for a fun time. We like to roleplay as if we’re making $2K to show, 2K to win and fight on Fight Pass about 45 times a year with 4 oz gloves. 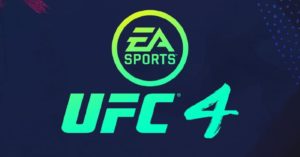 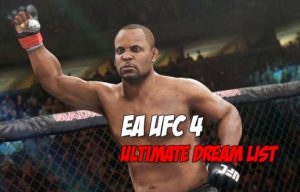 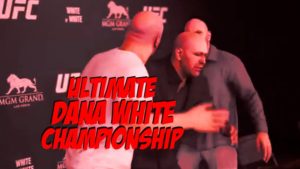 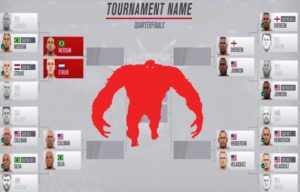 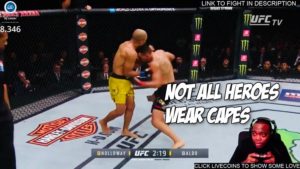 Brilliant man pretends to play EA UFC while he illegally streams the end of Holloway vs. Aldo 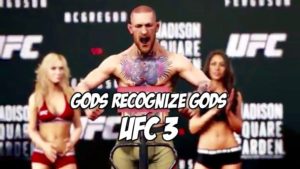