LFA Fighter Says He Died In Cage, Was Revived By Paramedics

C.J. Hancock wrote Saturday morning on social media; he is ‘okay’ now after his heart stopped.

“Well I died tonight in the cage,” Hancock wrote. … “They did CPR and hit me with the EKG twice and brought me back.”

While he mentioned ‘unsure’ why it happened and that he had a hard weight cut. Doctors told me, not to fight again. He further added, he still plans on to doing Brazilian jiu-jitsu competitions and super fights, when he returns to normal health.

Hancock (2-2) fought in a preliminary card with Charlie Ontiveros at Arena Theatre where Ontiveros scored a second-round TKO when Hancock collapsed. 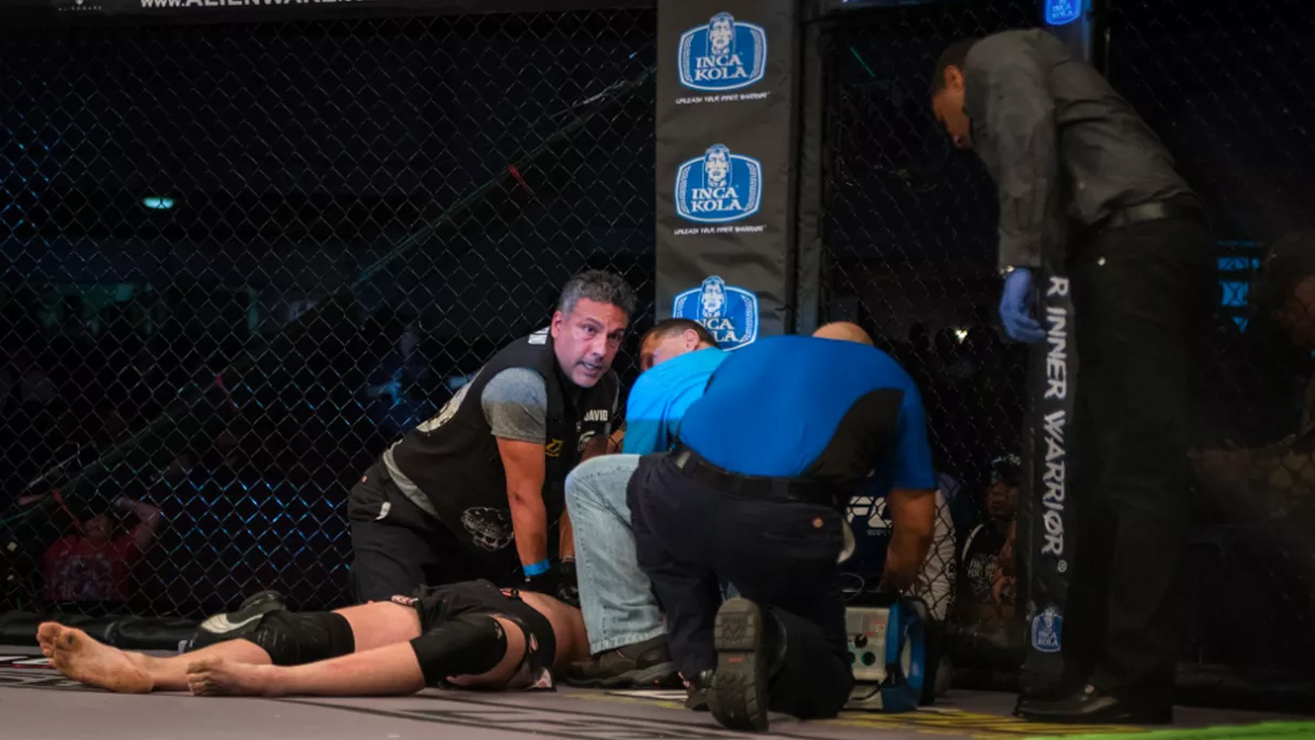 Weight cutting is a common practice in MMA, but it becomes too dangerous sometimes. Fighters shed lots of weight to go to lighter divisions. It enhances your muscularity and athleticism, but it also poses serious health risks and leads to a bunch of deaths each year.

“It’s a very unfortunate situation where C.J. Hancock took a body kick during his fight,” Soares said in the statement. “After the kick landed, there was a few second delay, and then he collapsed in the cage. Our cutman David Maldonado immediately recognized the problem and signaled to the medical team sitting cageside. They were able to resuscitate and stabilize C.J. and took him to the hospital via ambulance where they determined he had suffered kidney failure. C.J. is currently recovering and in the company of his friends and family.”

CJ. Hancock made his weight at 170.5 pounds on Thursday at weigh-ins, at the amateur level he fought as high as 205 pounds.

Earlier this year in March, a Thai boxer Jordon Coe died from suspected heatstroke while attempting to make weight.

Pic: Just going to say it, Francis Ngannou took a pic with Mighty Mouse in tight pants and he has a huge dick
← Read Last Post