Let’s not forget, Masakazu Imanari is slated to make his second ONE FC appearance next month

Somehow the subtle ONE FC fight announcement made on Twitter evaded the grasp of everyone at MiddleEasy late yesterday. We’re not sure what quite happened, perhaps it was a temporarily flux in the time-space continuum that forced us to not see it. It pains everyone at MiddleEasy whenever we’re not the first (or at least one of the first) sites to break MMA news from Singapore (and beyond), so to make it up to you, here’s a picture of my Masakazu Imanari in his underwear with a helmet on top of his head. I hope it all makes sense now.

Along with the organization announcing Evolve MMA’s Leandro Issa vs. Masakazu Imanari will take place at bantamweight for ONE FC: Destiny of Warriors in Malaysia, Babalu Sobral will also be taking on Tatsuya Mizuno at light heavyweight on the same card, which will go down on June 23rd.

Some of you may remember Imanari from my on-going bromance that has developed over the years on MiddleEasy. However, if you’re not into undying appreciations for other men, then you undoubtedly remember the stellar performance Masakazu dropped on Kevin Belingon at ONE FC: War of the Lions, catching the URCC champion with a reverse heel hook in just over a minute in the first round, giving him his first lost of his entire career. When it comes to grabbing legs and rendering them unusable for weeks, there’s Rousimar Palhares — and then high in the stratosphere resides Imanari, amongst a throne made entirely of ankles.

ONE FC: Destiny of Warriors goes down June 23rd on an internet stream near you (or Kuala Lumpur, Malaysia if you feel like using those frequent flyer miles) and be sure to check back on MiddleEasy for a plethora of amazing ONE FC related items leading up to the event. 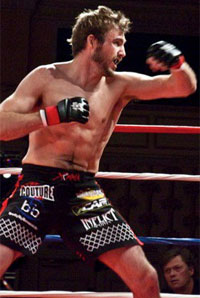