Leslie Smith Planning To Take A Legal Action Against UFC 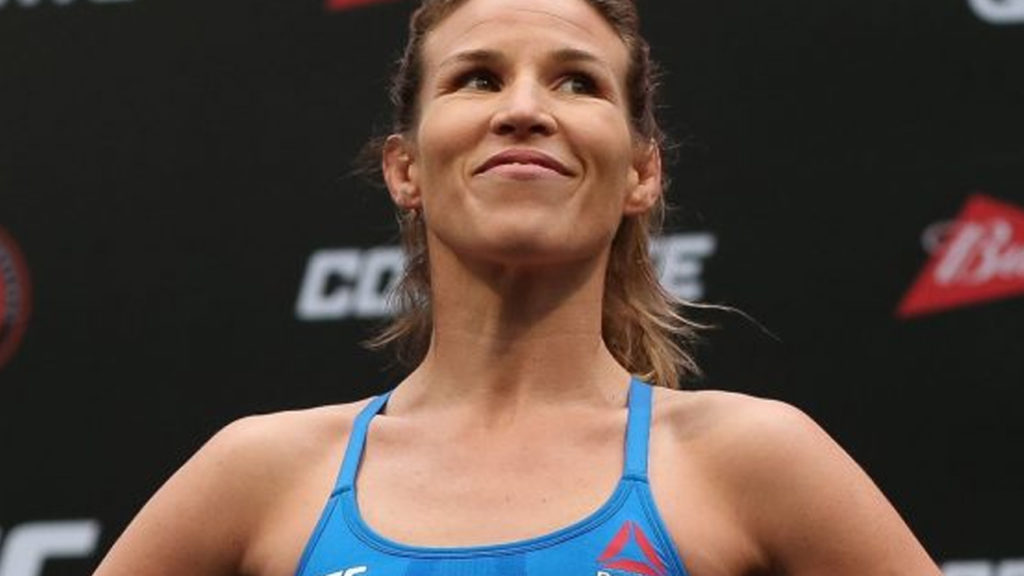 Leslie Smith who was set to make her eighth UFC Octagon outing and last on her UFC contract against Aspen Ladd this past weekend’s UFC Fight Night in Atlantic City. During weigh-ins, her opponent Aspen Ladd hit the scale at 1.8 pounds which is over the bantamweight limit, due to that reason Smith ultimately turned down the catchweight contest with Ladd, but she proposed to the UFC that she would still take the fight if they extend her deal.

In the wake of that, UFC paid Leslie Smith her show money and win bonus of $62,000 but also informed her that she is now a free agent. Moreover, since then she has been removed from the UFC’s official rankings. One could be a reason as Smith is a founder and leader of Project Spearhead, an organization attempting to unionize professional fighters.

Leslie recently spoke to MMA Hour, where she revealed, she will pursue legal action against the UFC following contract issue.

“It’s my opinion that what the UFC did was illegal. Because they have created a situation where it encourages a climate of fear where the other people in the UFC on the roster are going to be fearful of publicly organizing and standing up for their rights.

“By creating a climate of fear, that violates federal law. That’s the whole point of the National Labor Relations Board and the laws that are in there.”

Her organization’s aim to classify UFC athletes as employees rather than independent contractors and ultimately unionize them. Smith said UFC took retaliatory actions against her, as she was surprised when UFC let her go, it showed their real colors how they treated the fighters when they stood up against them.

“I think that it opens up an examination of how they feel about my activities in organizing the fighters recently,” Smith said. “I think by doing unusual behavior, it’s going to ask what are the unusual circumstances leading to this?”

“I feel like if I didn’t do that at this point, it wouldn’t be living up to everything I’ve been talking about. “That’s why I couldn’t take the fight once they offered me the $62,000, because then I would be fighting for free. And that’s been my whole point this whole time. We shouldn’t be manipulated by pride. We need to look at ourselves as a business and fight for the large sums of money that we deserve.”

As she is no longer under UFC contract, she is fully moving forward with Project Spearhead in hopes of having the (NLRB) National Labor Relations Board consider UFC fighters employees, not the independent contractors.

“I guess in a way I was almost hoping that Project Spearhead would be significant enough for them to be a little bit worried about it,” Smith said. “And then the fact that they did this unprecedented thing where they bought out my contract, so that I wouldn’t be around anymore kind of shows that they do think Project Spearhead is pretty significant.”

“The important thing now is to make it so that other fighters don’t have to take the fall,” Smith said. “They don’t have to do anything publicly in order to protect themselves right now. All they have to do is sign authorization cards. That’s it. Nobody will ever know. The National Labor Relations Board will never release their names.

Before going into her last fight at UFC Fight Night, Smith was riding a two-fight win streak, with her last defeat coming against Cris Cyborg in 2016.