Lavar Johnson is Coming Back 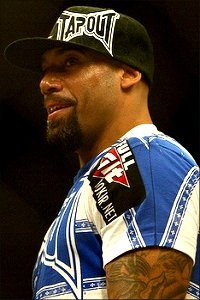 If you don’t know who Lavar Johnson is then in the wise words of Dr. Dre, “You Betta Recognize.” Lavar Johnson is gangster. He made his Strikeforce debut in May of 2009 and TKOd Carl Seumanutafa in only 18 seconds. That’s faster than you can heat up a Tyson Chicken Patty thing in the microwave. Pretty Gangster, right? Well, he made that debut on a five fight win streak and then in July of 2009 he was shot multiple times while attending a family fourth of July party in Bakersfield, CA.

Johnson caught a few bullets, survived and according to Ariel Helwani over at MMAFighting.com, is set to return to Strikeforce Challengers VII on March 26th against Lolohea Mahe. Remember when 50 Cent was shot 9 times-survived and came back to rap another day? Well I guess that makes Johnson sort of like the 50 Cent of MMA, only about 79 times more hardcore. [Source] 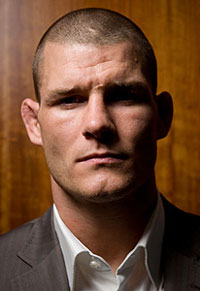