So the story I’m going to tell you is last night my computer was infected with a virus that repeatedly opens up my Chrome browser until it finds videos of tall, skinny blonde adult entertainers ‘practicing their profession.’ It’s one of the most annoying viruses in the world. I mean, I can’t even finish reading up on Giles Deleuze’s theory of deterritorialization without this virus opening a new tab and scouring the internet for porngraphy. If anyone knows how to fix this problem, let me know. In the meantime, I’ll just have to deal with it.

Last night, I came across a performer that apparently surfaced in the adult entertainment scene sometime in July 2011 named ‘Chanel Rae.’ Now, unless this ‘Chanel Rae’ has a doppelganger that has an extreme obsession with holding cardboard numbers over her head, then I’m fairly certain she is actually ‘Paige Chapman,’ a ProElite ring girl.{jcomments off} 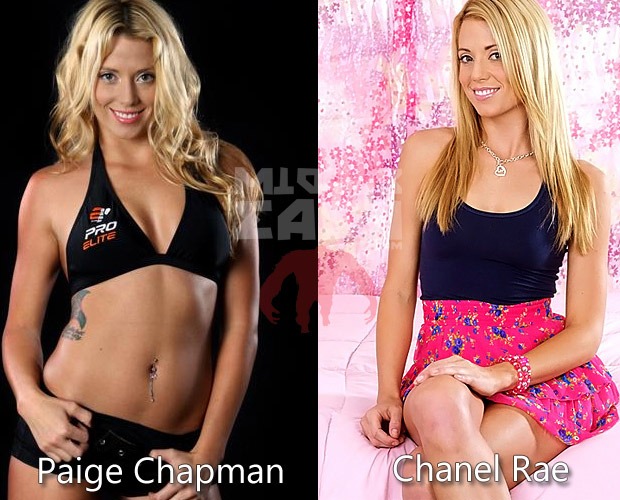 Next month, Jason Nawara will be covering ProElite’s second event, located in Moline, Illinois. Don’t worry, I’ve suggested that he does a little investigative research to unravel this mystery. As always, I’ve given him my infamous ultimatum: ‘Pictures or it never happened.’ Check out this video of Paige Chapman in a ProElite ring girl shoot, compliments of BJPenn.com. Props to Tracy Lee for the banner picture.

Note: Comments have been turned off in this article to prevent certain clowns from posting pictures/videos. Google exists for a reason, use it.

Cro Cop says he will die trying to be the 'old Cro Cop'
Read Next Post →
Click here to cancel reply.

It's in point of fact a nice and helpful piece of information. I am glad that you simply shared this useful information with us. Please keep us informed like this. Thanks for sharing.