Tara LaRosa was spotted with Proud Boy founders as video surfaced of them engaging in fights with anti-protestors in Washington DC.

Tara LaRosa is a “proud boy” and is extremely proud of it. Larosa is mostly known for losing twice to Roxanne Modafferi in their trilogy of fights. However, lately, she’s making headlines for her presence at extreme right-wing events. Over the weekend, LaRosa marched with Proud Boys in Washington, DC, and was spotted on camera with their leader.

Who Are the Proud Boys?

The “Proud Boys” are a far-right, neo-fascist, and male-only political organization that promotes and engages in political violence in the United States and Canada. Although the group claims to reject racism, many of their members are affiliated with white supremacy, in some way. Furthermore, Proud Boys claim that they don’t want their culture diluted, and will do what is necessary to preserve it. Which, is a similar idealogy to many hate groups.

More than one million people took to the streets of Washington DC in an event labeled the “Million MAGA March.” There, Donald Trump supporters waved their flags and wore their red hats in support of the President. Many of them believe that Donald was robbed in the Presidental election.

LaRosa has been vocal on social media about the election. Even going so far as telling her followers to prepare for war now that Joe Biden is the President-elect. Here is LaRosa with the “Proud Boys” in Washington DC.

Photos and Video Evidence of the Proud Boys

More photos surfaced of LaRosa including one with the Proud Boy leader Henry “Enrique” Tarrio. Video also surfaced of the group as they violently yelled up and down the streets. Even stealing radios from people that they were fighting. Additionally, more footage shows a woman who resembles LaRosa engaged in a physical altercation with anti-protestors.

Looks like Proud Boy Leader Henry "Enrique" Tarrio was a part of the fighting in DC last night. Here he is after getting a hug from Tara LaRosa saying that he took a radio off someone he was fighting. A convicted felon should know that's theft. pic.twitter.com/C6E7selh7z

This was Washington DC last night as the Proud Boys showed up and attacked us. What I say was proud boys mob beating people on the ground throwing glass bottles hitting someone next to me, and chasing people. Several folks were stabbed. One is in critical condition. pic.twitter.com/BMJ84kZoY7

Several injuries were reported from the march including a stabbing, which left someone in critical condition. Broken bottles, knives, and various weapons have all been found at the march. At this time, it’s still unknown of how many people were hurt during the Million Maga March. 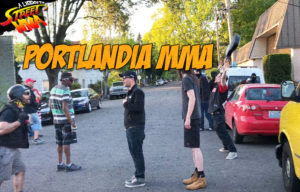 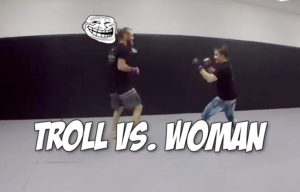 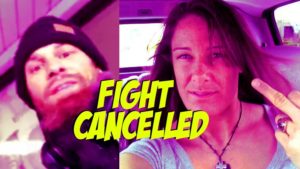 The Inter-gender Fight of the Year Cancelled, Women’s MM Pioneer Tara LaRosa vs. Some Internet Troll to Be Rescheduled 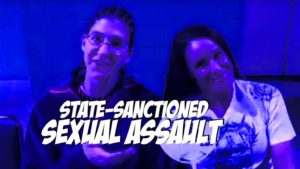