After a brawl erupted between fighters and coaches at KSW 58, the promotion has issued a statement to fine and suspend the fighters involved, as well as the coaches

Polish MMA promotion KSW had a bit of a problem on their hands after a pair of their athletes got into a brawl after their fight over the weekend. Now they have issued some fines and suspensions to those responsible for the madness.

Things got a bit hectic after the welterweight bout between Shamil Musaev and Uros Jurisic at KSW 58. After Musaev won the decision, Jurisic expressed his disagreement towards the judges with one of Musaev’s coaches.

After this, Shamil walked up to Uros, secured a body lock, and slammed him to the mat. What ensued was an all-out brawl between both fighter’s teams, before security intervened and put a stop to the madness.

Naturally there had to be some sort of repercussions from this incident. Rather than the way other promotions have handled post-fight brawls, KSW has decided to take an interesting approach to punishing those involved in the melee.

According to a statement from the promotion, both fighters will suffer various levels of fines, and their coaching staff received varying degrees of suspensions. However instead of pocketing the fine money, they will be donating it to help with medical treatment for two young girls, including the daughter of a UFC fighter.

“Due to the events that took place after the bout between Shamil Musaev and Uroš Jurišic at KSW 58 on January 30th, 2021, KSW have decided to punish the fighters responsible for that situation,” read the statement.

“After reviewing all footage available it was decided that Shamil Musaev and Uroš Jurišic will be fined 50% and 30% from their purse, respectively. KSW middleweight Abus Magomedov, representing the corner of Shamil Musaev, has been banned from fighting for 6 months and banned from cornering for 12 months.

Moreover, all the unauthorized persons, who entered the cage after the fight was over, are banned from taking part in the KSW events as members of fighters’ teams. KSW would like to emphasize that unsportsmanlike behaviour and violations of the federation’s rules by the fighters or members of their teams is completely unacceptable.

The result from contest between Shamil Musaev and Uroš Jurišic will stand as a unanimous decision win for Musaev. The contest was also awarded ‘Fight of the Night’. However, the winning bonuses will also be withheld from both fighters and, along with their respective fines, will be donated to charity.

All of the funds from the penalties will be donated in its entirety to help the treatment of two young girls – Laura Paczuła and Pola Omielańczuk, daughter of KSW & UFC veteran Daniel Omielańczuk.”

Statement from @KSW_MMA about Musaev and Jurisic incident last show in Poland pic.twitter.com/LYdyBPNeik

All things considered, this seems like a fair response from KSW. This was a serious offense, and they treated it as such, but they did not have too heavy-handed of a fine, and the money is going to a good cause.

What do you make of this reaction from the Polish promotion? 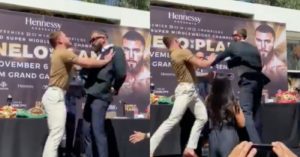 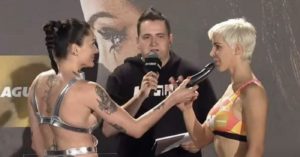 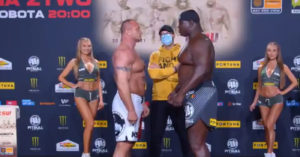 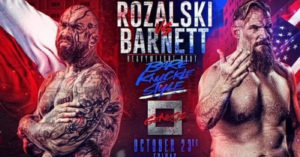 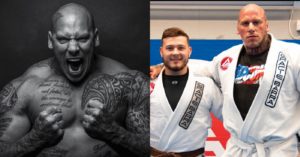 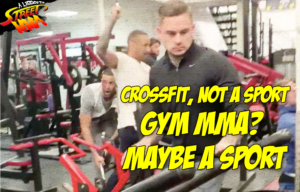 Street MMA: If you fight at the gym, check your inventory for lots of weapons