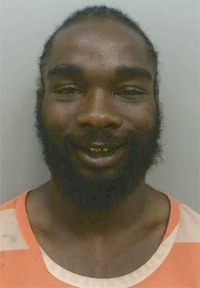 Krazy Horse is better than your favorite MMA fighter. Alright, maybe not better but astronomically more entertaining. If the entire MMA world were condensed to Marvel comic cliches, dude would undoubtedly be Deadpool. Damn, that was pretty friggin nerdy. I hope that chick I met at [insert name of Gentleman’s club I was too drunk too remember] didn’t just read that. If a place is called a ‘Gentleman’s Club’, it really just means that you’re going to be searched at the door and charged $15 for a Bud Light. Watching Krazy Horse’s old Pride Bushido fights is stuff of legends. Dude plays to the camera, loves his audience and is known to never train prior to any MMA match. 20 of his 39 fights have occurred at King of the Cage so it’s safe to say he’s like a demigod over there. His knockout of KJ Noons (and subsequent freakishly high back-flip) at EliteXC earned him a spot on CagePotato’s Eight Most Insane Victory Celebrations of All Time (and does anyone know whatever happened to KJ Noons? Dude was like the future of MMA for…like 10 minutes). In an interview with MMAJunkie (via Fightlinker), Krazy Horse says that he had to change his name to ‘Kid Khaos’ in order to calm his image and be a role model.

Long known as one of the more unusual – and, at times, skilled – fighters in MMA, Bennett is looking to reinvent his character. He’s a father now, he says, so he needs to be a role model.

He’s training, committing himself to the sport, cleaning up his image and hopefully heading into the best part of his career….That includes a move from Krazy Horse (and all that character entails) to Kid Khaos, who, despite the name, is meant to be calmer and more controlled than his former incarnation.

Yeah, we didn’t think it made sense either which, of course, makes it exponentially better. If Krazy Horse isn’t one of your favorite fighters, then you’re just lying to yourself. [Source]