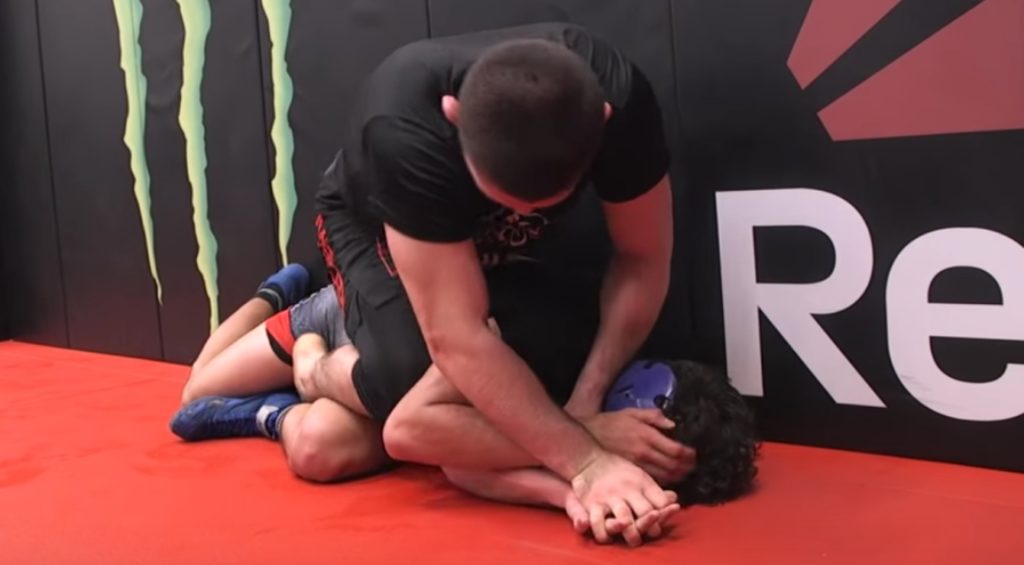 UFC lightweight champion Khabib Nurmagomedov is regarded as the best ground fighter in the sport today.

He has dominated virtually every opponent he has faced inside the Octagon utilizing his elite wrestling, grappling and sambo skills.

And so, it wasn’t a surprise to see him dominate the top-ranked 152-pound wrestler in the country in Gilroy High School’s Chase Saldate who came to train at American Kickboxing Academy. Nurmagomedov’s teammate Daniel Cormier is notably the head wrestling coach at the school.

But that won’t help matters when you’re facing a Dagestan native who has been wrestling his whole life — not to mention against bears when he was a child.

Saldate saw his early takedown attempts stuffed before Nurmagomedov promptly took him down and controlled him from the top for the rest of the exchange. After it was over, a tired Saldate admitted Nurmagomedov was “way better” than him.

You can watch the wrestling exchange below: