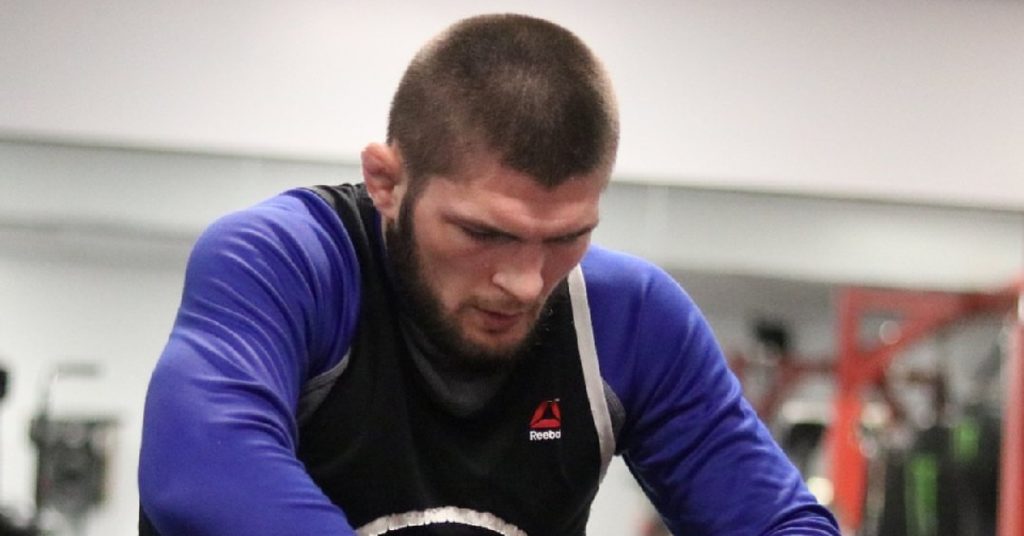 Khabib Nurmagomedov was hoping to compete at UFC 246 this weekend. With that not happening, he has his eyes set on another date to return.

Nurmagomedov was expected to face off against Tony Ferguson, in the main event of UFC 246. However things began to fall apart, as the global health crisis started to get worse. Initially he announced that he was stuck and Russia and unable to fight, but then the entire card was canceled, under pressure from governmental figures.

Now that this fight is no longer happening, fans have been wondering when Khabib Nurmagomedov will fight again. Well the lightweight champion took to Instagram to offer a potential date for his next fight. Although he is hesitant to believe that things will clear up by then.

“But until September, it’s not too far, though it’s hard to believe that everything will end by September, but yet one serious person said: that in the peaceful time you have to prepare for war 👊

And how are your days going?”

It is quite disappointing to think that it will be another five months before Khabib returns to action. On the other hand, it is not surprising given his religious commitment to celebrate Ramadan. If he had fought on April 18th, September would have like been the next time he fought anyway.

All things considered, it is unclear whether or not Khabib Nurmagomedov will in fact be able to compete in September. Everyone hopes that thing will be back to some semblance of normalcy by that time. Regardless, so long as he faces Tony Ferguson, whenever he does fight again, the fans will likely be satisfied.