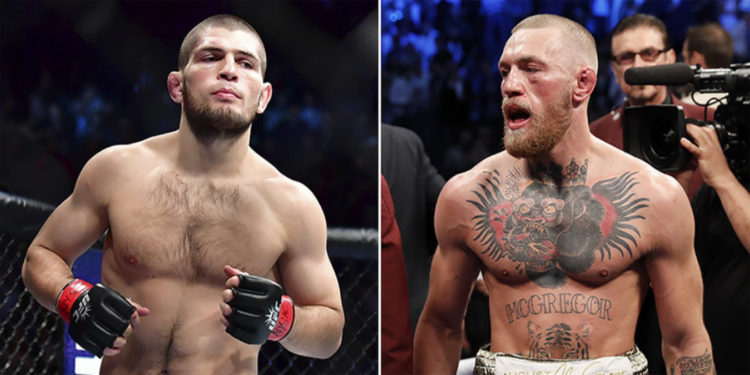 Khabib Nurmagomedov has a new joke for Conor McGregor. He claims that The Mystic Mac cannot handle the real UFC fighters like him. Eagle also stated that Conor would have a better time selling burgers than returning to the UFC.

Do you remember how Khabib Nurmagomedov was simultaneously telling Michael Johnson to give up because Khabib’s time is coming? During the fight with Barboza, he was yelling at Dana White to give him a title shot.

Khabib Nurmagomedov isn’t a kind of fighter who frequently fights or appears in the news. However, you can say he has improved his trash-talking skills. As you already know, Conor McGregor appeared in a chicken Burger King sponsorship. Well, Eagle has a humorous message for him. (quoted by MMAMania.com)

“A lot of people call him like a king but he’s not like a king,” Nurmagomedov told Yahoo! Sports (transcript via MMA Weekly). “Now he’s Burger King. He has money, he has good life, he’s a famous guy. I think it’s better for him if he stay away from good fighters in the lightweight division. For me, too, because when you go to the cage with me it’s not like you’re going to cage with Burger King. This is different. That’s why he has to stay away.”

“He has money, he’s already the UFC champ, he’s a two division champ, everything is good. Stay away. This is not a Burger King’s sport. This is for real fighters … I think he wants easy fights like when he fights Mayweather. He don’t need to come back preparing for five rounds, versus tough wrestling guy who is going to take you down and smash your face.”

Looks like Nurmagomedov has made a provocation. Conor has money, that is true, but will he be ready to risk all the millions he has in his bank account? One thing is certain, 155 lbs are getting more and more world-class fighters every day. Khabib and Tony Ferguson are sitting on the top, and at least five good fighters wait for their chance.

Khabib Nurmagomedov and Tony Ferguson should face in April, at UFC 223. The winner will fight The Notorious. Eagle has tremendous Octagon skills, and his promotions are also getting heads up.

We hope Khabib and Conor will finally face. On the other side, UFC puts a stadium in Moscow on hold over and over, waiting to see whether Khabib will win UFC 223 showdown.

Nate Diaz Appears To Mock Conor McGregor For Sitting Out The Rest Of The Year.

Per Dana White, Conor McGregor Won’t Fight In 2020, And He Has No Plans To Strip Jon Jones Of The Belt