Khabib Nurmagomedov To 50 Cents: ‘Just Send Me A Location’

Khabib Nurmagomedov who submitted Conor Mcgregor in the fourth round via neck crank last Saturday at UFC 229, instead of celebrating his victory, he vaulted over the cage fence to attack Mcgregor’s pal Dillon Danis that incite riots inside and outside the Octagon. UFC president Dana White expressed his disgust over this incident and said those goons over were involved in melee would no longer be part of UFC roster.

Earlier this week, Khabib gave an ultimatum to the promotion that if they fired his teammate a featherweight contender Zubaira Tukhugov for his role in the UFC 229 mayhem, he’d rip his UFC contract too.

Let’s assume if UFC keeps his word and let go Khabib’s teammate, no doubt Russian would follow his words too. No worries UFC lightweight champion already got a lucrative offer from Bellator’s brand ambassador 50 cents who offer Khabib $2 million to fight in Bellator.

I think it’s wrong what the UFC is doing to Khabib, they didn’t do the same thing to McGregor. I’ll pay 2 million cash tonight if he will fight for me at Bellator.

I️ think it’s wrong what the UFC is doing to Khabib, they didn’t do the same thing to McGregor. I’ll pay 2 million cash tonight if he will fight for me at Bellator. pic.twitter.com/K7QYxR4IHI

In another post, 50 cents said ‘I’ll deal with Dana White and your contract later, so your most welcome to your teammate in Bellator, as UFC isn’t the only game in the town. 50 cents also praised Khabib’s fighting style in the past and never minced words in mocking some of his opponents.

I’ll deal with Dana and your contract later. The UFC is not the only game in town. Zubaira is welcome also.

50 cents replied back saying ‘i am not playing around’ 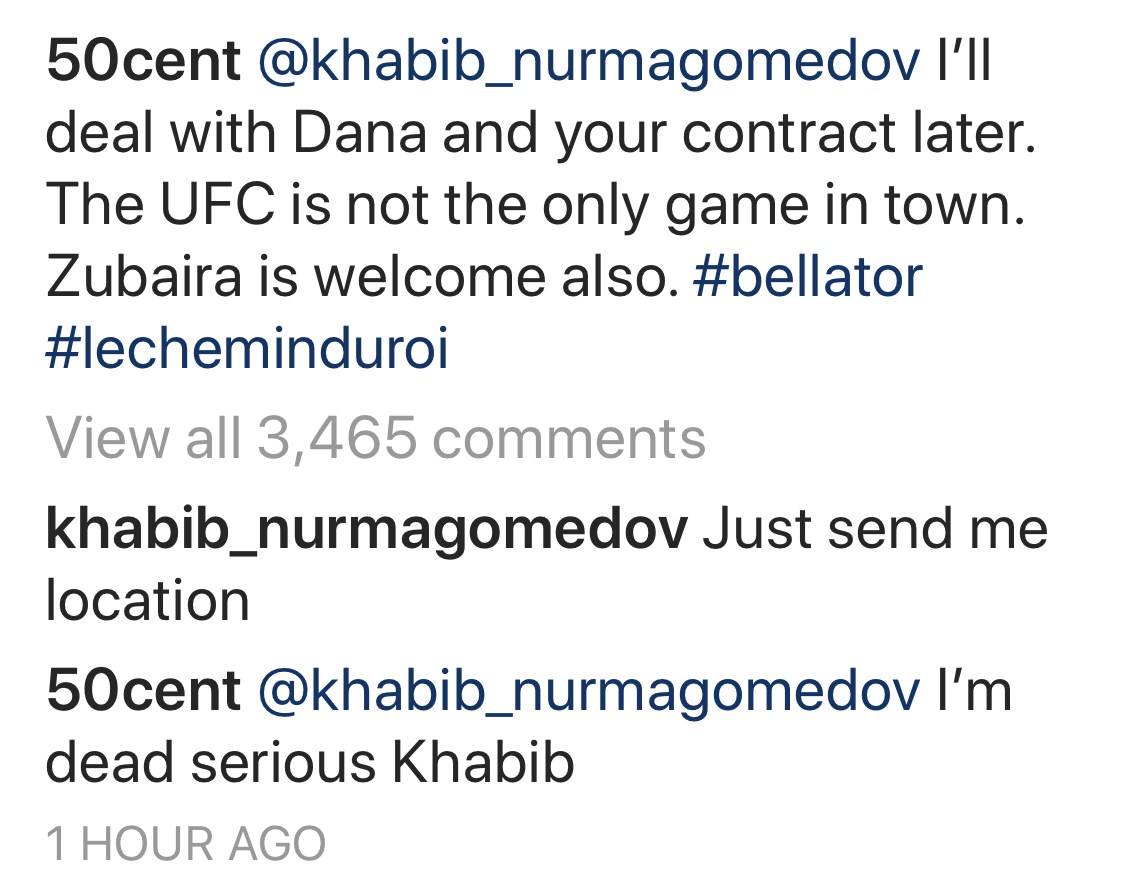 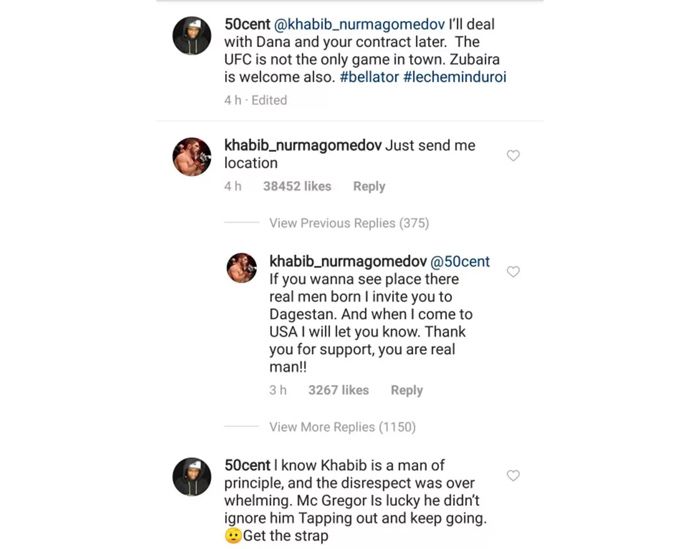 It’s highly unlikely that Khabib considers Bellator deal that seriously as he’s currently under UFC contract, but it could be used as a backup plan given the situation going around with UFC.

What do you think of this offer from 50 cents?

Ronda Rousey Says Mcgregor's Bus Attacks Was Worse Than What Khabib Did At UFC 229
Read Next Post →
Click here to cancel reply.