UFC has had some notable weigh-in controversies surrounding 'The Eagle', 'DC', 'do Bronx', and more

Charles Oliveira added another record to his name when he became the first champion to lose his belt on the scales.

Taking on Justin Gaethje at UFC 274, Oliveira stepped in half a pound over the championship limit at 155.5 lbs. UFC stripped him of the title forcing him to vacate the moment he set foot inside the octagon. Oliveira went on to finish Gaethje in the opening round and declared himself the champion even though he was only the top contender.

Following the weight miss, fight fans took to social media to express their confusion. Numerous old videos of previous weight misses popped up and did rounds on the internet. Here, we take a look at some of the notable weigh-in controversies in the UFC to date

Khabib Nurmagomedov was taking on Justin Gaethje in what would turn out to be his retirement fight at UFC 254. Although ‘The Eagle’ would submit Gaethje in October 2020, the legitimacy of his weigh-in has been brought to question.

Khabib was known to cut large amounts of weight (~40-45 lbs) and was even forced to pull out against Tony Ferguson at UFC 209 due to being hospitalized during the weight cut.

A major sticking point for his weigh-in for UFC 254 was the fact that he was only on the scale for three seconds before being declared to have made the limit. The officials usually take longer to determine the reading as the scale needs time to calibrate once a fighter steps on it.

Fans were far from pleased as they reacted to his weigh-in.

“That was the fastest ruling on someone’s weight I have ever seen. The scale didn’t have time to set”

“Are you kidding? You can see the lever start to move up and then the weigh-in guy quickly slides the bar to 155. Khabib was clearly too heavy.”

Shortly after Oliveira was stripped of the title, Tony Ferguson took to Twitter to remind everyone of Daniel Cormier’s controversial weigh-in for UFC 210. Ferguson alleged Cormier did not make weight for his title defense against Anthony Johnson, in what transpired in the infamous ‘towelgate’ incident.

Cormier was left to step on the scales just minutes before the weigh-in deadline. He was visibly depleted and needed assistance to stand on the scale. Initially stepping over a pound more than the championship limit of 205 lbs, Cormier rushed off stage to shed off the extra 1.2 lbs.

He walked back to weigh in merely a minute after his previous attempt and somehow managed to make weight. This sparked controversy among fans who believed Cormier was holding on to the towel in a bid to come in lighter which would justify the 1.2 lbs lost in just one minute.

Cormier argued against the allegations and stated that he was only holding the towel to cover himself as the UFC officials had not done a good job the first time around.

How Not to Make Weight Ladies & Gentlemen. Shoulda Stripped Em’ Like They Did @CharlesDoBronxs Shout Out To All Those Doin’ It Right & Keepin’ The Sport Clean 🧼 – Champ 🎓 -CSO- 🇺🇸🏆🇲🇽 # CuttingWeight Feeling Great 👍 @espnmma pic.twitter.com/2WxzhYtjOT

UFC women’s bantamweight Julija Stoliarenko had one of the most disturbing appearances on the scales. During the weigh-ins for UFC Vegas 22, Stoliarenko feinted twice before crashing to the ground.

Former Invicta FC champion Stoliarenko was scheduled for her second showing in the UFC against Avila. She seemed to be okay as she walked to weigh in but just moments later, Stoliarenko struggled to keep standing as she moved back and forth before collapsing to the floor.

UFC fighter Julija Stoliarenko fainted on the scale moments ago during the weigh-ins. She was transported on a stretcher afterwards. No official word yet on her condition. pic.twitter.com/QnA4ofeq6L

Stoliarenko weighed in again shortly after to successfully make the bantamweight limit of 135.5lb. However, the fight was called off after she fainted a second time after getting off the scales. Stoliarenko explained what the problem was following the weigh-ins.

“The problem was not my weight cut, and actually I want to say that it was one of the easiest weight cuts in my career, and weight was dropping too fast. I just was on weight for too long. As everybody knows, when you cut weight, you cannot be on this weight for too long, because you’re already on the limits of your dehydration.”

Charles Oliveira has missed weight multiple times in the past but each time at featherweight. This prompted the 32-year-old Brazilian to move up to lightweight in 2017 after which he never failed to make weight until UFC 274.

Numerous fighters came in overweight and spoke out after the weigh-ins for the event alleging that the practice scale used backstage was miscalibrated by half a pound. Oliveira himself looked surprised to see his weight being over the 155 lbs limit he believed he had made.

Marc Ratner, the UFC’s Vice President of Regulatory Affairs, conceded to the point of the practice scale possibly being messed up as different fighters change the metric system on the scale from pounds to kilograms. However, Ratner stated that the official scale used at the weigh-ins was accurate.

Oliveira shared a message with his fans following the controversial weigh-in.

“I did everything but there’s no explanation. The champion has a name and his name is Charles Oliveira.”

Oliveira’s win over Gaethje makes him the top contender setting up his next fight to be for the vacant UFC lightweight title. 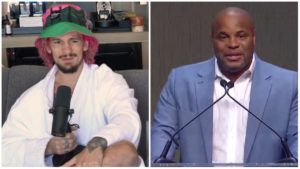 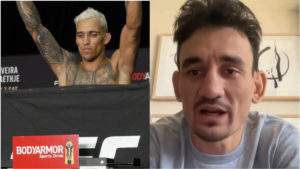 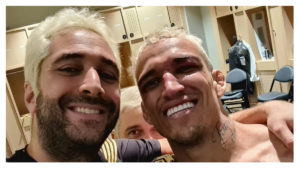 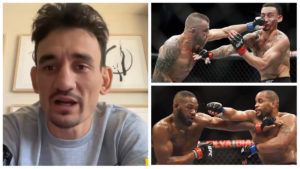