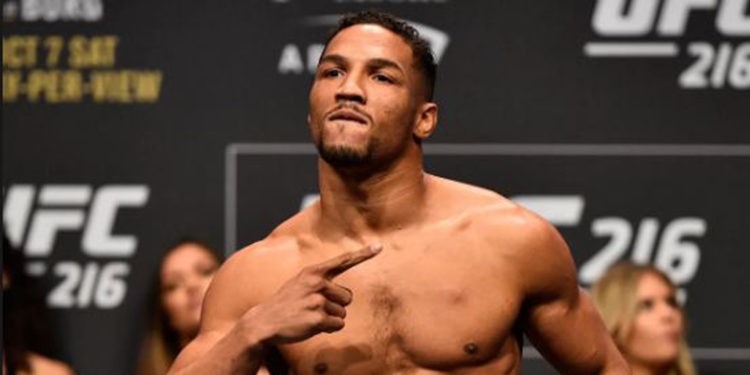 Kevin Lee currently thinks about Edson Barboza, a tremendous striker, and his next obstacle. He also hopes to get a chance for the fight with Conor McGregor until the end of the year. However, Lee believes that Tony Ferguson is the real champ.

Kevin Lee lost the fight versus Tony Ferguson at UFC 216, so he claims his best chance to go higher would be beating up Mystic Mac. He hopes that victory would give him the chance for a rematch with Ferguson. El Cucuy believes he will destroy Khabib Nurmagomedov in the fight for the belt, and also Conor McGregor. (quoted by bloodyelbow.com)

“That fight happens at the end of the year, me and Conor,” Lee said at a UFC 222 media scrum last week. “I think that’s the fight that everybody’s been looking forward to, and is right there within striking distance.

“Everything I’m setting out is a plan to get back to that [Ferguson] fight. He’s been the real champ, and I don’t really see no confusion about it. You got Conor, that has a belt, but the man is not a champion and I think he even knows that. If he comes back and when he fights, then…if he beats Tony Ferguson then obviously he’ll have it. But, right now, Tony Ferguson is the real champion; he’s the one I’m getting back to.”

Conor McGregor is an official title holder and he is expected to be stripped of the title as soon as Khabib Nurmagomedov and Tony Ferguson pass the weigh-in at UFC 223. The Irish superstar is coming to support his long-term friend, Artem Lobov. Since Artem was defending him last time, their relations are better than ever. The fight will take place on 7th April.

Kevin Lee is scheduled for the fight against Edson Barboza at UFC Fight Night 128. Kevin Lee will show what he knows on April 21st in Atlantic City, New Jersey. What do you think, can we expect the fight between “The Motown Phenom” and “The Notorious” soon?