Former title challenger Kevin Lee last fought in December of 2018 where he suffered a unanimous decision loss to Long Island native Al Iaquinta in the main headliner of UFC Fight Night in Milwaukee last month. The fight was a rematch of UFC 168 which was Lee’s first defeat in UFC debut dropping a decision to ‘Raging Al.’

Currently ‘The Motown Phenom’ does not have any fight scheduled and have all the free time to stalk people on social media. Lee is famous for his trash talk and this time around he sends out some verbal rant towards the direction of former champ Conor Mcgregor in an Instagram post. No doubt Irishman is the one who’s king of trash talk in the fight game, but this time around it’s him who’s on the receiving end of trash talk. 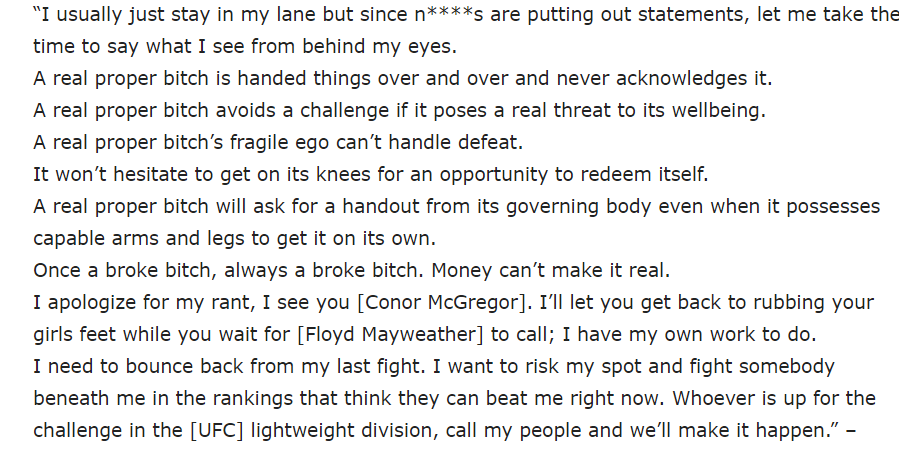 What do you think of this raging comment from Kevin Lee?

Jose Aldo Looking To Fight Three Times In Brazil Then Retire By End Of 2019
Read Next Post →
Click here to cancel reply.