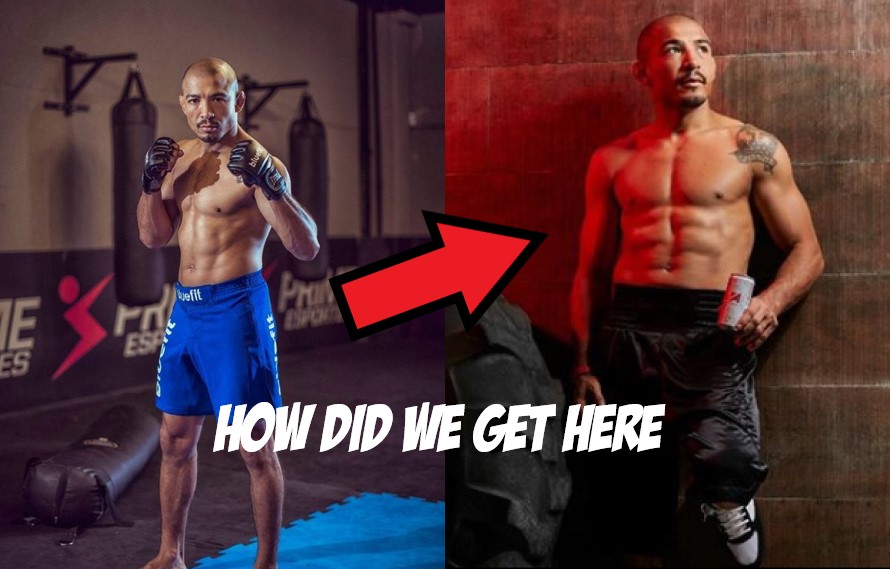 Jose Aldo Nutritionist Breaks Down Diet To Get To 136lb

Jose Aldo made it to the bantamweight limit for the first time in his career, for UFC 245. His nutritionist now breaks down how he made this weight.

Aldo was the longtime featherweight champ, who also struggled making weight. As a result, when he announced that he was making the move down to bantamweight, fans were concerned. Nevertheless, he made the 136lb limit, and went on to lose an extremely close split decision to Marlon Moraes.

One thing is for sure, Aldo made weight a lot easier than most people thought he would. This is attributed to his working with a nutritionist for the first time. That nutritionist, Dr. Priscila Antunes, recently did an interview, explaining how she helped him lose the extra ten pounds.

Dr. Antunes explains that Aldo does not like nutritionists, but trusted her. Therefore, they started the diet, which was high in carbs. However, they reached a snag at around 147 pounds, as he stopped losing weight, but this was largely resolved after a change in the diet. Then, a week out from the fight, they went with a ketogenic diet, which she says is responsible for his success in the fight.

“I think that’s one of the reasons why Aldo had so much cardio in his fight,” Dr. Antunes said. “Many athletes tend to follow a protein diet before the weigh-ins. I’ve had that experience before but I think it broke my athletes. When I did the ketogenic diet with him, it worked.”

Dr. Antunes revealed that Jose Aldo weighed around 155.5 pounds, the day of the fight. Moreover, he said that this is the easiest cut he has ever had in his career. Perhaps this means we will see more of him at bantamweight moving forward.