Keith Kizer calls out the UFC and Joe Rogan in one, swift interview 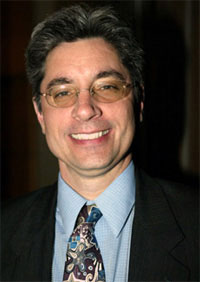 I dare any of you to provide an example in which the name ‘Keith Kizer’ does not sound like a Nordic super-villain that’s hell-bent on controlling our economic infrastructure. Bruce Willis would also be involved in some capacity. Unfortunately (or perhaps fortunately) in the real world, Keith Kizer is the executive director Nevada Athletic Commission and shortly after Garcia took the controversial decision over Nam Phan, Joe Rogan engaged in a pantheon-level discourse on the problems of MMA judging and specifically, the Nevada Athletic Commission. Today, Keith Kizer has responded to Rogan’s claims that the commission is not doing their job and even gives a jab to the UFC in general.

“If Joe Rogan wants to get on the air and call people names, that’s his business. I’m not going waste my time responding to that.”

“They always say that ‘the UFC has nothing to do with judging.’ Well guess what, they’ve got a big fight coming up in Canada called Koscheck vs. Georges St. Pierre – the UFC and Marc Ratner are flying Tony Weeks up there as a judge. C’mon, Joe. How about some honesty? They’ve taken 90% of our officials with them overseas, as they should. That’s not a knock on Dana [White] and Marc [Ratner]; they know what they’re doing.”

Some of you MMA beef aficionados will say ‘Oh, I see what you did there’ with the pantheon-level mention. Others may say something along the lines of ‘Who drops a ‘pantheon’ reference in the first place?’. Either way, you’re both correct. [Source]