Ken-Flo Doesn’t Want to Give it up for Free 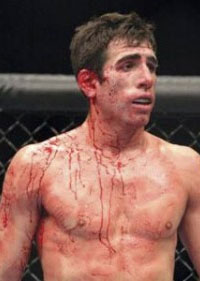 UFN 21 in North Carolina is shaping up to be something that might cause all of the televisions in your neighborhood to spontaneously explode. The ‘Fireball Kid’, Gomi is making his debut in the UFC as a headliner, if that isn’t enough to cause hot lava to flow from your coaxial cable line then maybe you need to change your cable or satellite provider. Just days after denying that he will fight Gomi in an upcoming bout, it looks like Ken-Flo was only messing around. He is scrapping against Gomi and he doesn’t seem that thrilled about giving up the goods for free. Kenny tells MMAjunkie that if you want some of that ‘good-good’ he has to offer, you should pay for it.

Ken-Flo’s logic sounds eerily similar to your baby mama’s response when you drunk text her at 3am looking for a little trip down memory lane. Pay to play. Maybe Kenny is just being humble. Or maybe, Kenny really doesn’t care what we all think. Sidenote: That picture of Kenny Florian was created by this guy Eamo Yakka, dude has some wild stuff. Very wild. [Source] 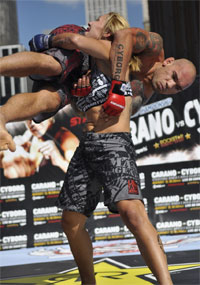