UFC 258 wrapped up last night in Las Vegas, Nevada. As usual, the night was great for the winners but full of pain and doubts for the losers. Julian Marquez was on the good side last night as he defeated Maki Pitolo by submission.

But Marquez was pretty close to find himself on the other side of the coin. He fell behind against Pitolo before rallying and submitting his opponent with an anaconda choke with just 43 seconds left in the fight.

Obviously, Marquez was pretty happy about his performance, especially after his first victory since 2017, due mostly to injuries. The emotions might have carried Marquez during his post-fight interview and pushed him to make a rather unexpected request.

While talking to Joe Rogan after the fight, Marquez called out Miley Cyrus for a Valentine’s Day. Marquez is a fan of the pop star and even walked out to one of her songs before his fight.

Well, it seems love was in the air last night because Miley Cyrus answered Marquez on Twitter and accepted his offer!

Shave an MC into your chest hair and I am YOURS ❤️ Happy VDay and Congrats my love!

Happy VDay and Congrats my love!”

In a post fight presser on being asked about Miley, Julian said “What’s not to be interested in her?.” “I’m 30 years old, I grew up watching Hannah Montana, ‘Party in the USA.’ We’re sitting here and loving it. She came out with ‘23,’ with Three 6, I’ve been to her concerts many times. She came out with ‘Wrecking Ball,’ I made a big come up after that song, I actually walked out to that song for the Phil Hawes fight. Every time I walk out to Miley, she does something to me to figure out how to win.”

Whether this will actually lead to something is questionable, to say the least. But this is a rather wholesome story that will definitely cheer Marquez up after his long layoff. 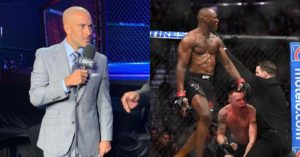 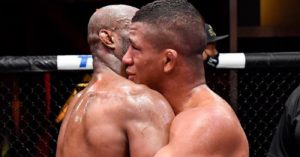 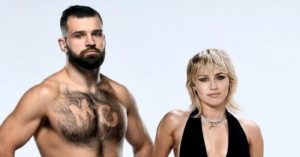 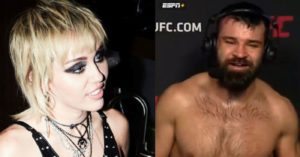 Julian Marquez Maintains He Didn’t Blow His Shot With Miley Cyrus: ‘I Got Something Working’ 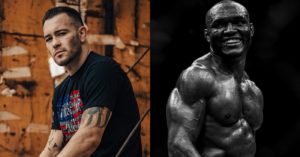 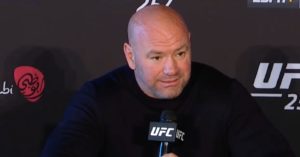