Judging from this recent picture, Rumble Johnson could easily fight at light heavyweight

Some of you may have been diagnosed with radiation poisoning from that hydrogen bomb Anthony ‘Rumble’ Johnson detonated on Charlie Brenneman’s head at UFC Live: Cruz vs. Johnson last year. If you have, it’s alright. Just look at it as another way to take off a week from your job. We’re not sure when the athletic commission is going to outlaw stuffing plutonium in gloves but until they do, Rumble Johnson will continue to tear through UFC’s welterweight division. Only three of Rumble Johnson’s ten wins have come via decision, the rest have come by inadvertently knocking his opponent through a voyage of time and space.

While you were out bartering with your local 24/7 Mexican fast-food joint to get a free meal because you ‘found’ a hair in your burrito, Johnson was busy gaining muscle. A lot of muscle. Check out this recent picture of Rumble’s move to middleweight to face Vitor Belfort at UFC 142 later this month. [Source] 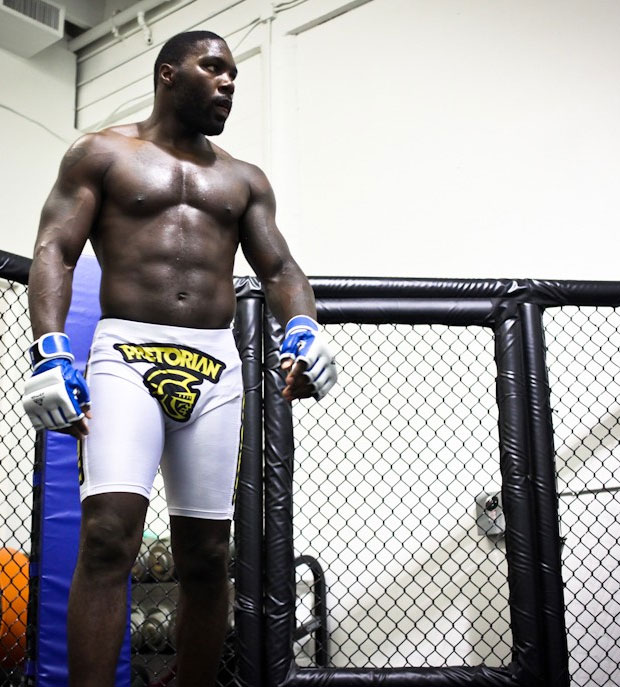 Heads up to all you cheapskates, you can watch Strikeforce for free this weekend
← Read Last Post

Check out Brock Lesnar shoving a cameraman after his UFC 141 loss to Alistair Overeem
Read Next Post →
Click here to cancel reply.