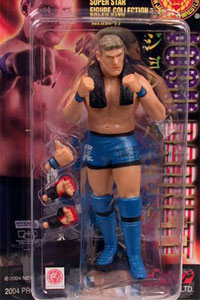 I’m over the Josh Barnett Affliction steroid scandal. Now I will move onto other pertinent things like why would this action figure of Josh Barnett have three severed hands included in the package? What kind of demented toy maker would do that? The message they’re sending to kids is that anyone can comfortably rock up to three severed hands and society will be alright with it. Just put them in your backpack children, your teachers won’t mind.

Mauro Ranallo has a radio show that I was completely unaware of until this morning. On the show, Ranallo threw four names at Barnett and told him to select the one fighter who would be the greatest choice from a business and ‘personal’ standpoint. Barnett’s answer may surprise you (although it probably won’t since you’ve read the title of this article, damn).

“You know, one thing that just seems to keep following me around like a bad small is a match-up with Andrei Arlovski, I don’t know why. It doesn’t matter whether he’s on a losing streak or a winning streak or Japan or the US, his name keeps popping up consistently. So I imagine he’s probably going to be the first on the list.”

The other fighters offered to Barnett in this hypothetical scenario were Fedor Emelianenko, Bigfoot Silva and Alistair Overeem. I think someone needs to inform Tom Atencio of this. [Source] 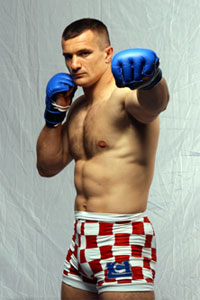 Cro Cop has reportedly suffered a serious eye injury, and it was all a troll job
← Read Last Post