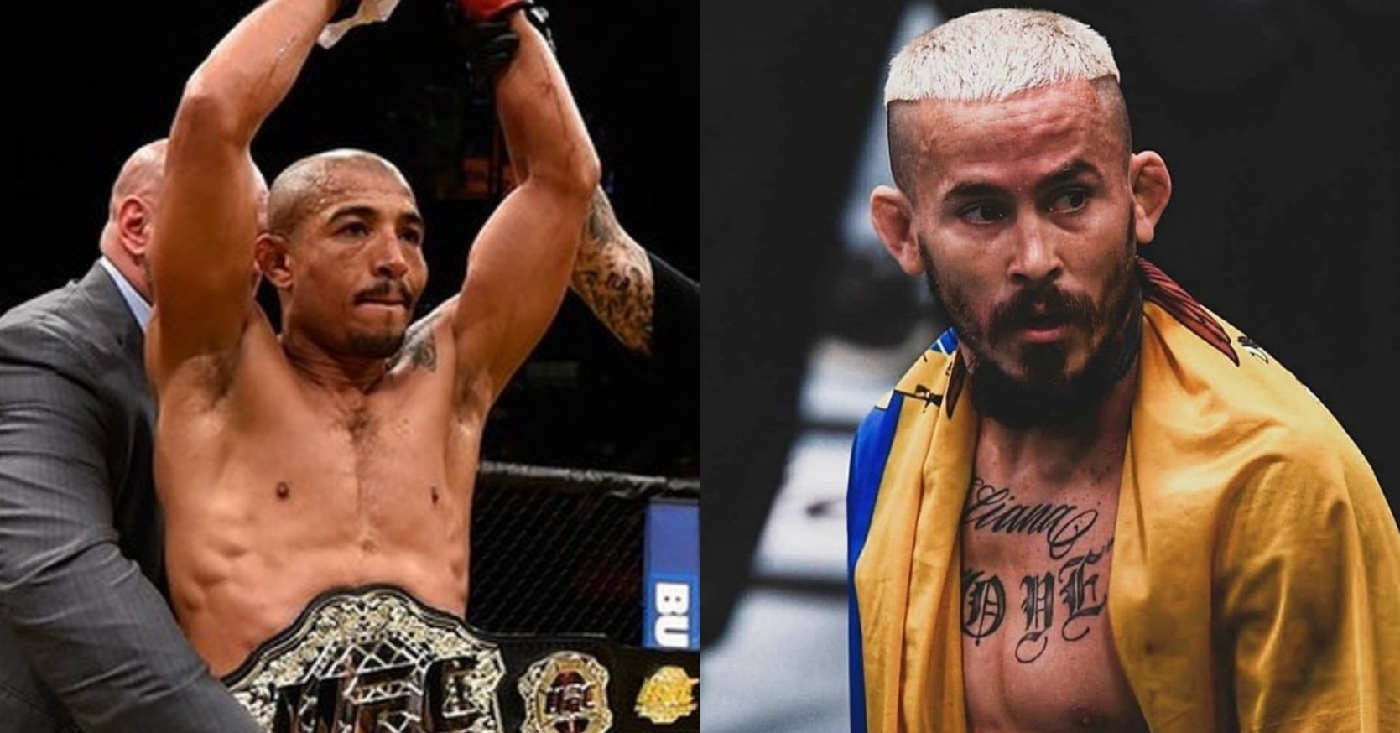 Former featherweight king Jose Aldo has not fought since losing his shot at bantamweight gold. Now it seems the UFC is looking to book him against up and coming Marlon Vera.

Since dropping down to bantamweight, Aldo has been on a two-fight skid. Despite losing his divisional debut, he was granted a title shot against Petr Yan, for the vacant 135lb strap. In the end he would be finished in the fight, allowing Yan to pick up the mantle at bantamweight and start his reign as champion. Since then fans have been wondering what could be next for the former 145lb champ.

Now it seems that the UFC has figured out the next move for Jose Aldo. According to reports, it seems the promotion is looking to book him in a key bantamweight matchup, against Marlon Vera, with the hope being that the bout will take place at UFC 255 this November. Not only would this be a big test for “Chiro,” but it also gives Jose a bit of a step down in competition, with him taking on someone who is ranked 15, instead of a top contender in the shark tank that is bantamweight.

Of course, this is no easy fight for Jose Aldo either. Vera is fresh off a massive high profile win over Sean O’Malley that saw him give the highly touted prospect his first pro loss. Not only that, but he has won six of his last seven fights, all of which by finish. “Chito” has been looking like a legitimate contender in the division but has not quite emerged as such, so this will not only be a good gauge of where Jose is in his career, but it will also help to figure out the ceiling of Vera.

Who do you think will win this big matchup at 135lb?

Khabib Nurmagomedov Rips Michael Chandler: 'He Is Not A High-Level Championship Fighter'
Read Next Post →
Click here to cancel reply.