Jorge Masvidal on how he’d do vs. Khabib Nurmagomedov, but maybe Usman or McGregor is next?

The MMA timeline is correcting itself. Jorge Masvidal is a true star in the UFC and this is how it always should have been. Gamebred has one of MMA’s best origin stories and it’s shocking that several promoters never picked up it.

MMA promoters being oblivious to story lines and character building? Excuse us as MiddleEasy grabs our finest pearls in horror.

Masvidal has kicked down the front down and is rubbing his alligator shoes all over the UFC’s couch. Jorge beat Darren Till in his home country. To top that he won on the UFC’s biggest card of the year his next time out. International fight week, records broken, and Ben Askren banished to the land of winds and ghosts.

One of the UFC’s biggest free agent signings in the last few months? Gone in five seconds or your money back.

How can Jorge Masvidal top himself?

Maybe a title fight with Khabib Nurmagomedov? Seriously doubt Gamebred ever goes back to 155 but for a shot at Khabib? Crazier things have happened before. Answering a fan question on his IG, Jorge maybe has one eye on a future super-fight with Khabib down the road.

UFC, just give us a 165 pound division already. Need more 155 versus 170 fights at weights fighters are comfortable cutting to. The pre-fight build to a Jorge Masvidal vs. Khabib Nurmagomedov fight, at any weight, gets all the chef kisses. 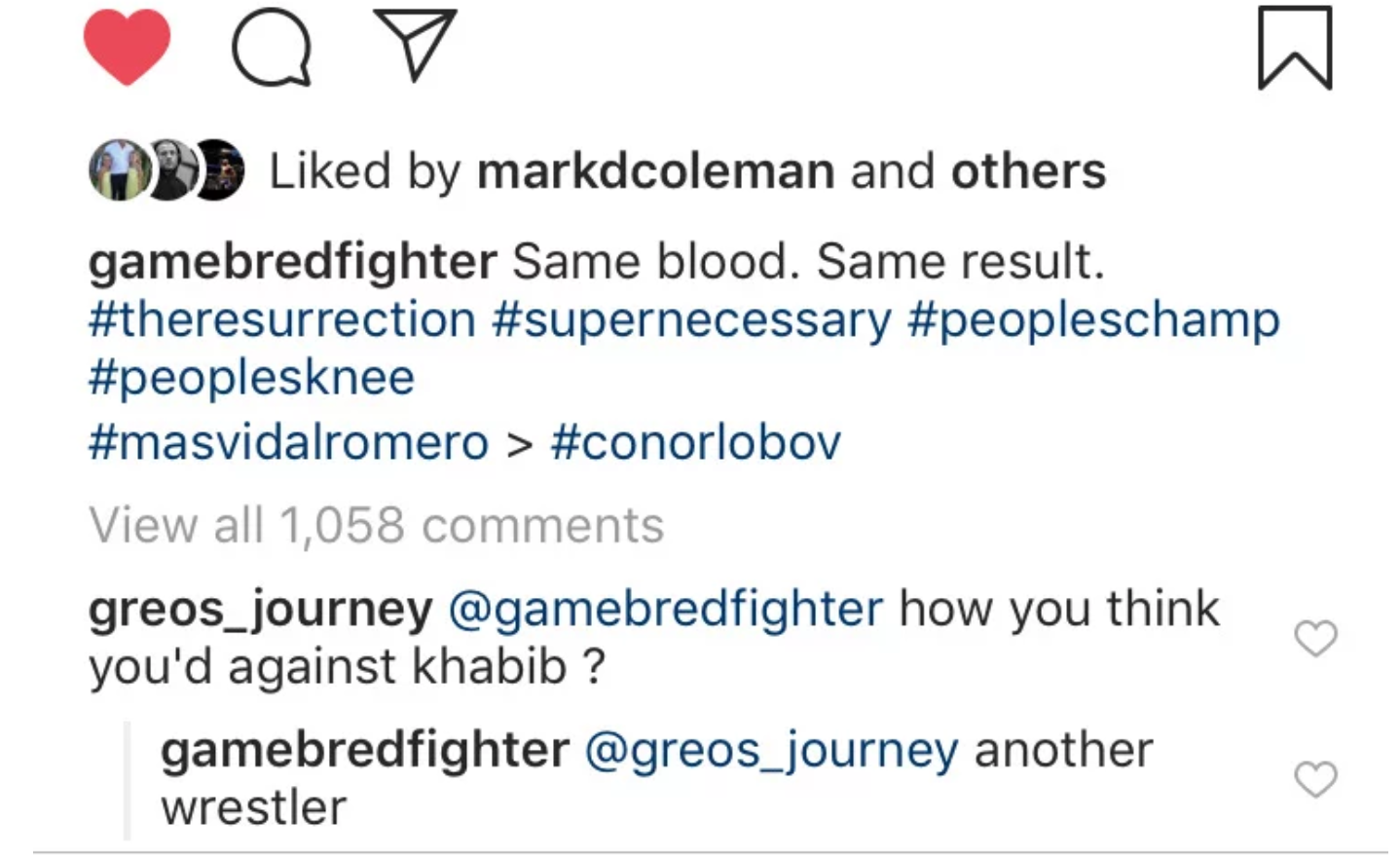 Or maybe not. Maybe Team Masvidal has something else in mind. Masvidal’s chase for gold ends up with a title shot? Sure.

Gamebred vs. McGregor on a pay-per-view in Miami or Dublin? Melt that ish down into an edible gummmy and MiddleEasy is eating the whole pack.

Another MiddleEasy Exclusive: Our sources say Jorge Masvidal's next fight will be versus Usman or McGregor. Huge if true https://t.co/yYQzz1WPHO

Greg Hardy Says He Could Be One Of The Greatest Fight Sports Heavyweight Of All-Time, Juan Adams Call Him Bully
Read Next Post →
Click here to cancel reply.